VS Battles Wiki
Register
Don't have an account?
Sign In
Advertisement
in: Unknown Tier, Characters, Death Note,
and 19 more 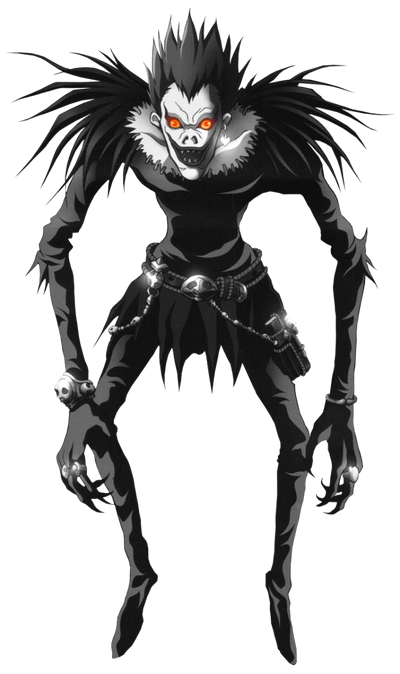 Ryuk (Japanese: リューク Hepburn: Ryūku) is a character in the manga series Death Note, created by Tsugumi Ohba and Takeshi Obata. He is a bored Shinigami that drops a Death Note, a notebook that allows you to kill anyone simply by knowing their name and face, into the human world in order to have fun. It is picked up by Light Yagami, a young genius who uses it in an attempt to create and rule a utopia cleansed of evil, with him at the helm as a "god".

Attack Potency: Unknown (Shinigami aren't generally known to fight; however, they can kill any Human by writing their names in a Death Note)

Range: Standard melee range, Low Multiversal with the Death Note (Shinigami are capable of killing Humans on Earth with it from their separate realm)

Intelligence: Above Average. Shinigami are naturally smarter than humans. According to official stats, his intelligence is equal to Soichiro Yagami, chief of the National Police Force

Weaknesses: Ryuk has to obey the laws promulgated by the Shinigami King or risk dying (for example, it is forbidden to kill a Human to extend the life expectancy of another Human or to kill a Human without using a Death Note). Furthermore, he regularly has to kill Humans with his Death Note to extend his own lifespan. Ryuk can be bribed with apples because of his apple addiction. 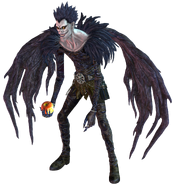 Ryuk as he appears in Jump Force