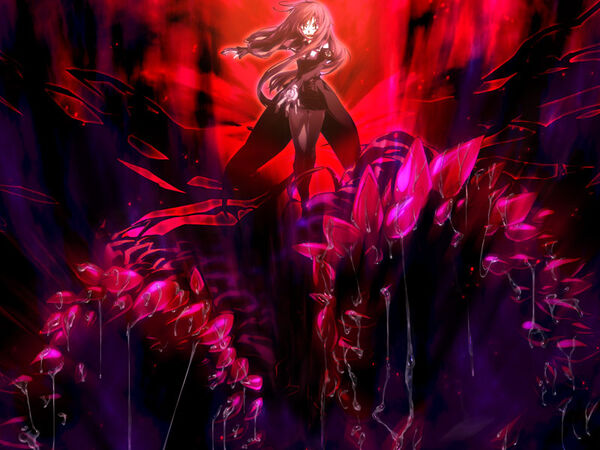 Powers and Abilities: Superhuman Physical Characteristics, Immortality (Types 1 and 3), Self-Sustenance (Types 1, 2 and 3), Regeneration (Low-Godly, High-Godly within Gladsheimr), Mind Manipulation (hypnotized the population of a school, placed Ren Fuji in an illusion that altered his memories), Transformation (can transform into a shadow), Magic, Healing (at least Mid-Low. Healed Ren’s injuries after his first encounter with Wilhelm), Telepathy (spoke directly into Ren’s mind when meeting at his school), Enhanced Senses, Extrasensory Perception (Ewigkeit users have a "third eye" which allows them to see through a person's identity by viewing the color of their soul, and perceive invisible attacks such as Ren's Assiah), Soul Manipulation (Can absorb souls and attack them directly), Regeneration Negation (Up to Low-Godly; Holy Relics carry a poison that hinder or negate regenation of the soul), Non-Physical Interaction (Holy Relics are capable of hitting disembodied souls), Law Manipulation (Briahs are described as the implantation of a new law into reality), Reality Warping, Intangibility, Barrier Creation, Shadow Manipulation, Summoning (Her Holy Relic, Die Blutgräfin, can summon torture devices that damage the soul), Curse Manipulation, Durability Negation, Resistance to Mind Manipulation (Endured being in the presence of Methuselah) and Soul Manipulation (All Holy Relic users are capable of enduring attacks that hit the soul), Immunity to natural diseases and toxins | All previous abilities in addition to Acausality, Causality Manipulation, Regeneration (High-Godly; can regenerate from conceptual destruction), Conceptual Manipulation, Probability Manipulation, Abstract, Non-Corporeal

Attack Potency: At least City level+, likely Mountain level (The regular members of LDO are able to harm each other with only regular attacks, should be comparable to both Wilhelm and Tubal Cain), can bypass durability by attacking her opponent’s soul or with her shadows | High Outerverse level (Inhabits the same level of existence as a Hadou God)

Durability: At least City level+, likely Mountain level (The regular members of LDO are completely impervious to any nuclear bomb ever constructed by mankind, up to and including the Tsar Bomb), regeneration makes her difficult to kill | High Outerverse level

Intelligence: Skilled combatant with over 60 years of experience, but prefers to manipulate her opponents rather than fight them directly

Weaknesses: Has an extreme inferiority complex. The more people she affects with her Briah the weaker her power becomes. 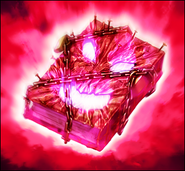 Die Blutgräfin. The Holy Relic of Rusalka.
Add a photo to this gallery

Avenger (Fate/stay night) Angra's Profile (Base Rusalka and Angra in The Holy Grail were used, and speed was equalized)