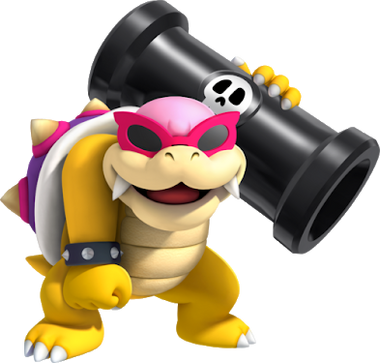 Roy Koopa is one of the Koopalings, and unlike the others he prefers brute force over thinking things through.

Striking Strength: Multi-Solar System Class (Stronger than Mario, who can punt Larry's castle. Capable of generating earthquakes by stomping on the floor)

Intelligence: Above Average. He's a formidable fighter and despite preferring brawn over brains, he has shown some degree of planning and adapting to the opponent's strategy

Retrieved from "https://vsbattles.fandom.com/wiki/Roy_Koopa?oldid=6297576"
Community content is available under CC-BY-SA unless otherwise noted.