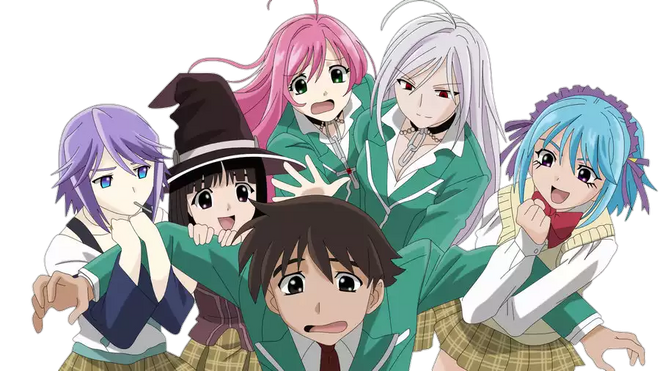 For detailed information about the series, see: Rosario + Vampire Wiki.

Rosario + Vampire (ロザリオとバンパイア Rozario to Banpaia) is a Japanese manga series written and illustrated by Akihisa Ikeda. The story revolves around Tsukune Aono, a boy who inadvertently enrolls in a boarding school for monsters. He quickly befriends Moka Akashiya, a vampire who soon develops an obsession with his blood, and later meets other monster girls who soon take a romantic liking to him. The manga was serialized in Monthly Shonen Jump starting with the August 2004 issue, and ending with the June 2007 issue. A bonus chapter was published in Weekly Shonen Jump in September 2007. Ten tankōbon volumes were compiled and released from October 2004 to October 2007.

The verse overall isn't that strong but it does have some MCB and Town level characters. This verse is mostly lacking in speed. It also contains characters with Regeneration and Immortality.