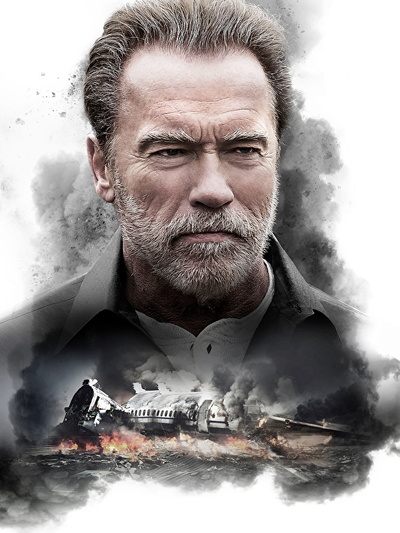 Roman Melynk is a construction foreman who lost his wife and daughter in a plane collision accidentally caused by Jacob "Jake" Bonanos, the air traffic controller on shift at the time. The airline offered him a large sum of money and gifts so he'd agree to not hold them liable for the accident, but he was only interested in receiving an apology. After he didn't get one from them, he later enlisted the help of a journalist to track down the man he deems directly responsible, Jacob Bonanos. After finding him and still not receiving an apology, he lost all of the control he had left and stabbed Bonanos in the neck and let him bleed to death. He was sent to prison for this crime but was released due to the extenuating circumstances of the case and his superb behavior while institutionalized. He used this freedom to visit the cemetery where his family was buried. While there he was followed by a mysterious man. After helping the man to the exit it was revealed that he is Samuel, the son of Bonanos. Samuel held a gun to Roman's head, but before he could shoot him, Roman apologized and said that he understood what Samuel needed to do. This made the already hesitant Samuel realize what he was doing was wrong, and he let Roman go.

Tier: 10-A physically, up to 9-C with equipment

Speed: Normal Human (While he is physically fit, he is also quite large and past his prime age)

Lifting Strength: Likely Above Average Human to Athletic Human (As a strong and well-built construction worker, he should be able to lift heavy construction materials and tools)

Stamina: Above Average, possibly higher (Is able to work long hours in construction despite his age; his employer has to tell him to stop and either take a break or go home, otherwise he'll just keep working)

Intelligence: Above Average (Is a skilled construction foreman and carpenter with years of experience; managed to sneak into the crash site as a volunteer; was able to find Jacob Bonanos with the help of Tessa Gorbett, a journalist, after he had changed his identity to Pat Dealbert and moved to another state)

Weaknesses: Has some minor delusions, as he thought that Jacob Bonanos' wife and son were his wife and daughter after stabbing Bonanos, but these seem to have gone away over time

Retrieved from "https://vsbattles.fandom.com/wiki/Roman_Melynk?oldid=6280596"
Community content is available under CC-BY-SA unless otherwise noted.