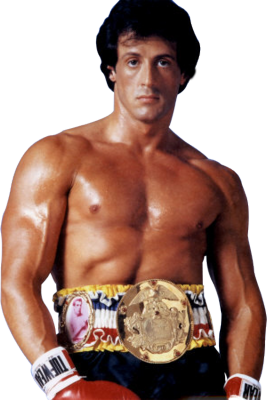 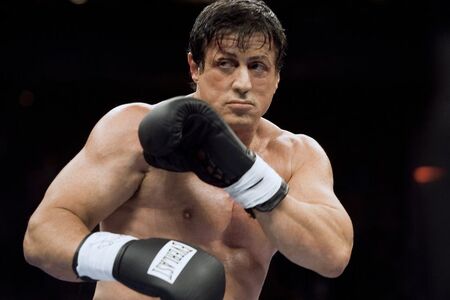 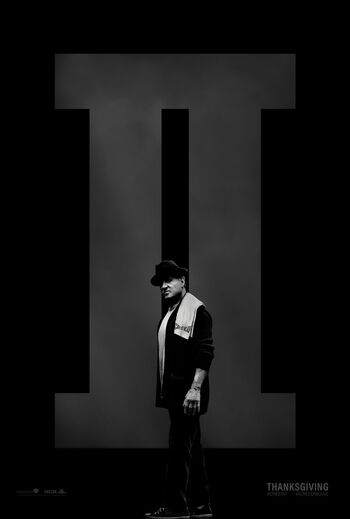 Robert "Rocky" Balboa, Sr. is the title character of the Rocky series.

He is depicted as an everyman who started out by going the distance and overcoming obstacles that had occurred in his life and career as a professional boxer. He is loosely based on Chuck Wepner, a one-time boxer who fought Muhammad Ali and lost on a TKO in the 15th round.

Powers and Abilities: Peak Human, Superhuman Stamina, Martial Arts (Is an expert boxer and well-knowledged in several forms of streetfighting and wrestling) | All previous enhanced, plus Superhuman Physical Characteristics

Attack Potency: Street level (Easily broke the ribs of a carcass after punching it repeatedly for nearly a minute. Broke the ribs of Apollo Creed, who was still far superior to him in every aspect, with just two hits. Sent Washington Duke flying into the air with a single punch to his stomach . Managed to hurt and eventually defeat Thunderlips, who tanked being hit by a chair, and was physically stronger than the former despite the fight being staged. Was able to defeat Clubber Lang without much difficulty, managed to knock out Tommy Gunn when he was suffering from a brain condition and was able to fight toe-to-toe against Mason Dixon, who gained his title by beating Mike Tyson as they regularly argue as seen in the film, despite being twenty years out of his prime) | Wall level (Managed to defeat Ivan Drago)

Lifting Strength: Peak Human (Can lift logs with some difficulty. Can easily swing a sledgehammer several times. Overpowered and lifted Thunderlips , who weighs 390 lbs and is an extremely proficient wrestler, and then tossed him out of the ring. While in his early 60s, he was able to regain his strength back by performing deadlifts and squats with over 450 lbs, and Rocky in his prime was considered to be vastly superior) | At least Peak Human (He managed to lift Polly, Adrian, Duke and a cartwheel at the same time)

Durability: Street level (Has taken massive beatdowns and he still got up. Could take such blows even when 2 decades out of his prime, and in the same state, he survived getting tackled through a weakened iron gate by Tommy Gunn) | Wall level (Took a beating from Ivan Drago who could punch with this much strength, and later on beat that record by hitting harder)

Stamina: Superhuman (Was able to withstand multiple blows to the head by Ivan Drago, for 15 rounds. Ran 30.61 miles in Rocky II and he still had energy)