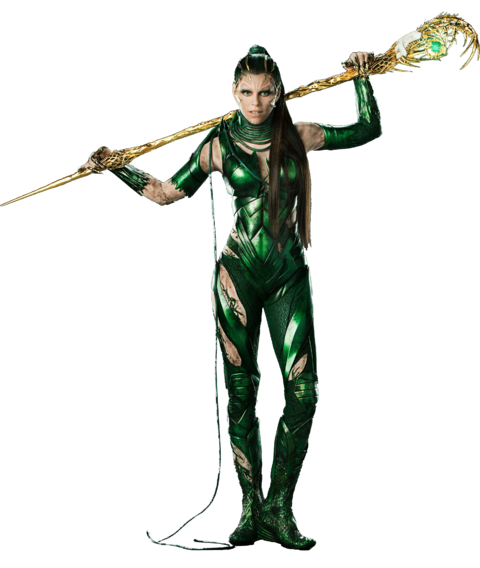 Attack Potency: Large Island level (Killed multiple Cenozoic Era Rangers, who were as powerful as her. Created Goldar, who was going to dig out the Zeo crystals from the center of the Earth, which Alpha 5 described as "10, 000 nuclear bombs washing over Earth")

Lifting Strength: Peak Human (Lifted Trini with one arm and threw her into a shelf)

Durability: Large Island level (Tanked the Chicxulub Impact Event, from a distance of a few meters, but was sent into a coma. Was unharmed after being slapped to space by the Meagzord)

Intelligence: High. Is a skilled combatant and staff user

Weaknesses: Likely cannot survive in space. Her morph no longer completes all the way