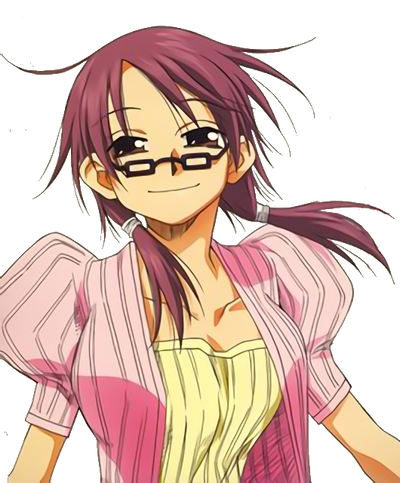 Rinko Jerrard is a 15-year-old girl and a power user of the team Ueki. She comes from a rich family and in the past, many people had pretended to be her friend so that she would buy them things. Disillusioned with the seeming cold-heartedness of the world, she succumbs to Robert's hypnotic charisma and joins the Ten. Initially, Rinko has a crush on Robert since he treats her as a real friend, but she eventually sees Robert for what he really is and joins up with Ueki, indeed becoming his guardian and constant caretaker.

Powers and Abilities: Superhuman Physical Characteristics, Power to turn beads into bombs, Pseudo-flight with explosions, Multiple Personalities (Will switch to ruthless personality when someone say words like "scum " or "useless" to her. Original Rinko will not be able to remember anything while switching personality)

Attack Potency: Town level (Was confirmed by Tenko to be 4th star level in power, which make her on same level with Don) | At least Town level, likely higher (Stronger than before. Fought and defeated Kabara who should be stronger than Oni, who casually stomped her in the past) | Island level (Shouldn't be far weaker than her teammate like s8-stars Ueki and Sano. Able to t destroy a Kurogane from weakened Anon)

Lifting Strength: Likely Class M (Should be comparable to Sano)

Range: Tens of meters with explosion 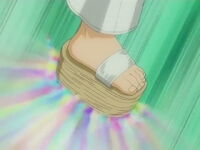 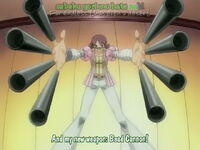 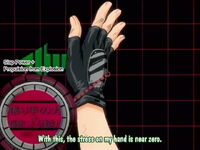 Rinko Glove
Add a photo to this gallery

Intelligence: Very high (One of the members in Robert's Ten who was selected by Roert to be a gifted students)

Weaknesses: She loves adorable beings and can't hurt them (Anyway, the weakness is not applied to her ruthless personality). Rinko is a careful person who usually thinks before doing something. Which makes her too careful and too slow to act sometimes.

Retrieved from "https://vsbattles.fandom.com/wiki/Rinko_Jerrard?oldid=5999104"
Community content is available under CC-BY-SA unless otherwise noted.