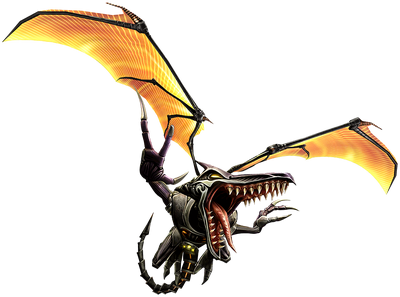 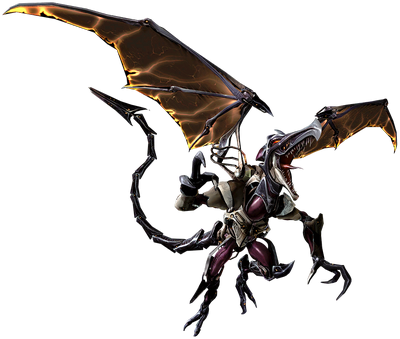 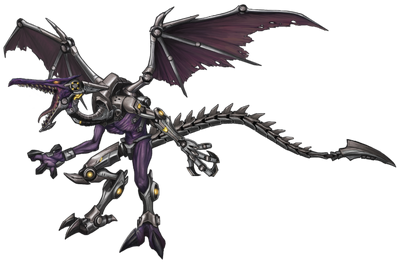 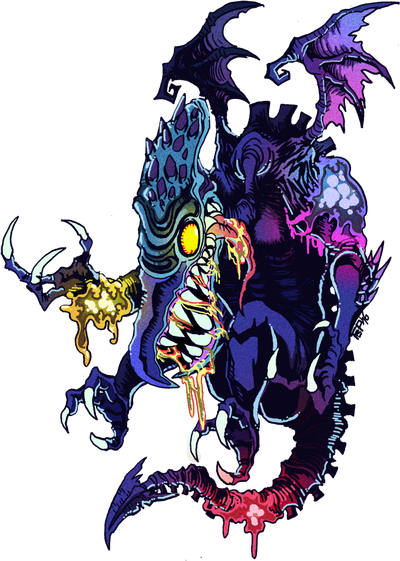 Ridley is one of the leaders of the Space Pirates and the archnemesis of Samus Aran, having orphaned her on K-2L. Despite his monstrous appearance, Ridley is a brilliant Space Pirate leader and is well-versed in robotics, but he is also a monstrous sadist happy to devour his foes after killing them. He is most infamous for his resilience, appearing again and again no matter how many times Samus has defeated him, returning as a cyborg, Meta Ridley, and even returning after his death to plague her once more.

Powers and Abilities: Superhuman Physical Characteristics, Genius Intelligence, Enhanced Senses, Self-Sustenance (Type 1), Flight, Spaceflight, Fire Manipulation, Plasma Manipulation, Absorption (Can consume the flesh of others and incorporate it into his own to assist in his regeneration), Extremely Stealthy, Large Size (Type 0), Transformation over the course of his life cycle, Regeneration (At least Low-Mid; regenerated from being burnt down to the bone and from the explosion on K-2L, by feasting on the remains of the dead), Immortality (Type 3), Adapted to Gravity Manipulation (Capable of withstanding the intense gravity of Zebes and Tallon IV with no issue). | Previous abilities, Energy Manipulation, Heat Manipulation, Homing Attack, Cyborgization (Normal), Shockwave Creation (Enhanced by his own heat manipulation). | Previous abilities, Self-Sustenance (Types 1 and 3), Phazon Manipulation, Regeneration (Likely High; he has more Phazon than Dark Samus 2, who could reform from anything short of complete atomic disruption and returned after being reduced to Phazon particles), Cyborgization (Partial), Resistance to Phazon (Can withstand exposure to highly radioactive Phazon, which normally instantly kills Space Pirates, and has a variety of capabilities, including Disease Manipulation, Life Manipulation, Poison Manipulation, Soul Manipulation, and Technology Manipulation, among others) | Same as his first form | Same as his first form, in addition to Biological Manipulation, Technology Manipulation, Absorption (X Parasites can absorb those they infect instantly), Duplication (X Parasites can clone themselves to spread across an environment), Possession (Can take control of other beings as a Core-X), Power Absorption (Can absorb the powers of others by infecting them), Resurrection (X Parasites can resurrect deceased lifeforms by infecting them), Shapeshifting, Regeneration (Low-High; can reform from his Core-X), Immortality (Types 3 and 6)

Stamina: Extremely high. Ridley's stamina is immense, allowing him to survive and escape deadly situations such as the explosion on K-2L, consuming the remains of Samus' parents to endure and going on to survive many other seemingly lethal situations, living through his defeat on SR388 and going on to immediately fly to Ceres, intercepting Samus once more and battling her one last time on Zebes. Limitless with Phazon.

Range: Tens of meters with his claws and tail, further with his other weapons

Intelligence: Genius. Despite his generally monstrous countenance, Ridley is a brilliant Space Pirate commander that lead the Pirates while Mother Brain was being repaired and operated skillfully underneath her as one of the Space Pirates' most infamous and powerful members. He shows skill in robotics as well, having created his own robotic doppelganger.

Weaknesses: Ridley was initially overconfident, but has become less so and increasingly pragmatic over time. 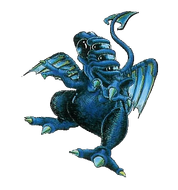 Ridley in the Metroid Manga 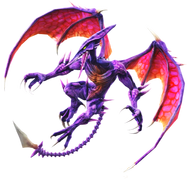 Ridley in Other M 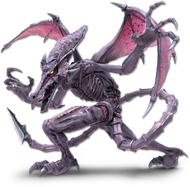 Ridley in Super Smash Bros. Ultimate
Add a photo to this gallery