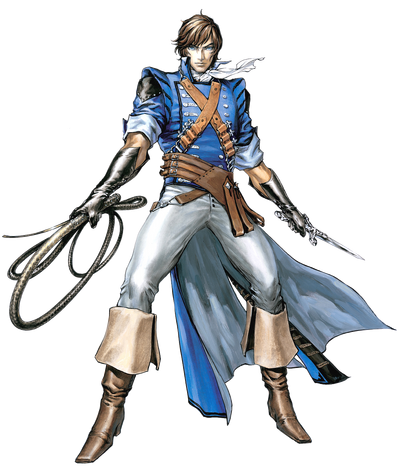 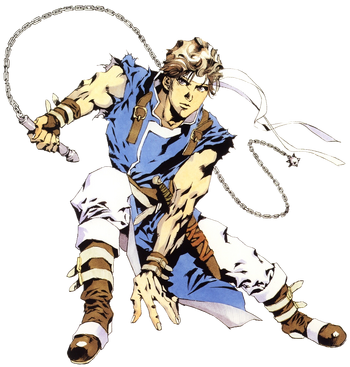 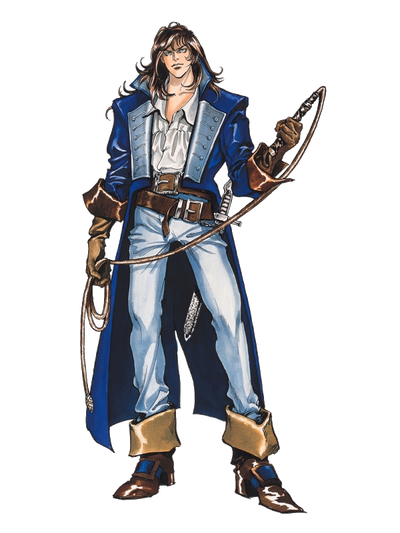 Richter Belmont is a descendant of Simon Belmont and a renowned vampire hunter, being the protagonist of the game Rondo of Blood, and a major character in its direct sequel Symphony of the Night. In 1792, Dracula revived once more, and his armies of demons began scorching the countryside. Richter, having a strong sense of justice and unwavering will, did not hesitate to face the Count. Throughout his journey he would meet with the young vampire huntress Maria Renard, who had been captured by Dracula's forces to be transformed into a vampiric servant. Together, the two would defeat Dracula once again.

Attack Potency: At least Multi-Solar System level, possibly Universe level+ (Comparable to Alucard. Fought against a fully-resurrected Dracula and defeated the Count in his Final form, when he was tapping into the power of Chaos directly)

Speed: Relativistic (Capable of keeping pace and matching Dracula and Alucard, as well as other similarly swift characters)

Durability: At least Multi-Solar System level, possibly Universe level+ (Endured attacks from both Alucard, and Dracula in his Final Form)

Range: Extended melee range with Vampire Killer & Other Weaponry, kilometers with most long-ranged weapons and magic (Can create rainfalls of Holy Water). Possibly Universal+ with the Vampire Killers negation. 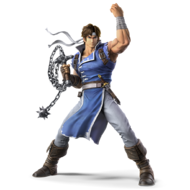 Richter Belmont in Super Smash Bros Ultimate.
Add a photo to this gallery