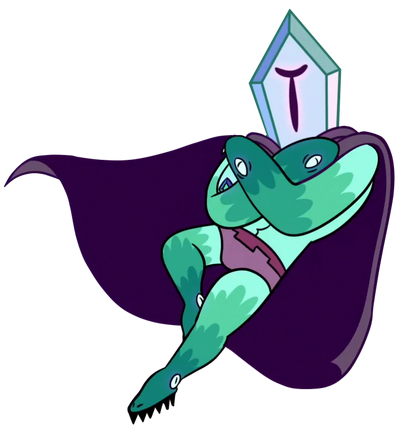 Rhombulus is a member of the Magic High Commission that oversees all magic in the universe. Impulsive and prone to action based on gut feelings, he is a loose cannon who would prefer to encase his foes in crystal than hear their side of the argument.

Attack Potency: City Block level physically (Superior to River Butterfly), Likely Universe level+ with magic (As a fellow member of the Magic High Commission, he should likely be somewhat comparable to Omnitraxus Prime)

Intelligence: Genius. As a member of the Magic High Commission, Rhombulus oversees the use of magic all across the universe and has mastery over a massive variety of spells.

Retrieved from "https://vsbattles.fandom.com/wiki/Rhombulus?oldid=4558595"
Community content is available under CC-BY-SA unless otherwise noted.