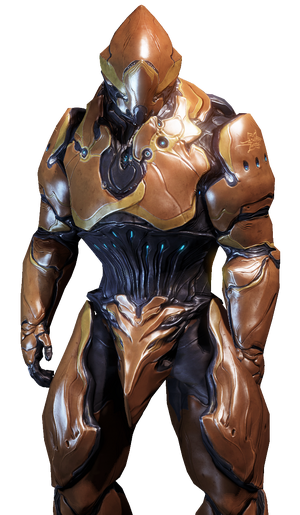 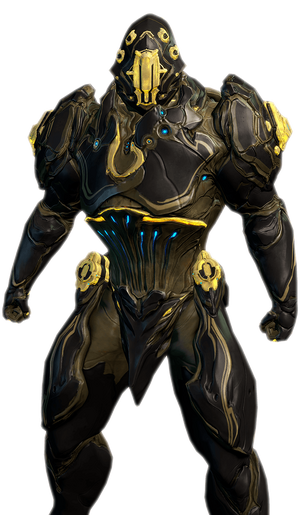 Rhino is a heavily-armored Warframe, acting as a tank with their abilities designed to protect him and pressure the enemy. Unlike most Warframes, Rhino is more offensively inclined and doesn't normally rely on stealth, although proficient with it. Rhino utilizes his abilities to get up close and dominate his opponent with melee.

Much like all Tenno, Rhino is led by the Lotus, a mysterious figure whose motive is to preserve their kind.

Speed: Massively Hypersonic (Can fight evenly against Volt), possibly Relativistic+ or higher reactions/combat speed (Can deflect weapons such as Opticor and Glaxion at a close distance, the former stated to be able to fire a blast of "light energy") | Massively Hypersonic, at least Relativistic+ or higher reactions/combat speed (Superior to their normal counterparts)

Lifting Strength: Unknown, at least Class 1 (Capable of withstanding his own weight, with which he can create craters and shock waves capable of killing trained soldiers in heavy armor just by landing from a short distance fall)

Range: Extended melee range; can be extended to a certain amount with mods, hundreds of meters with most ranged weaponry, 62 meters with Rhino Stomp