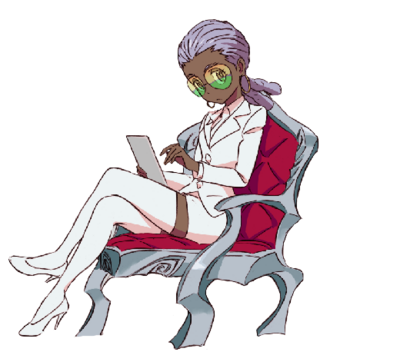 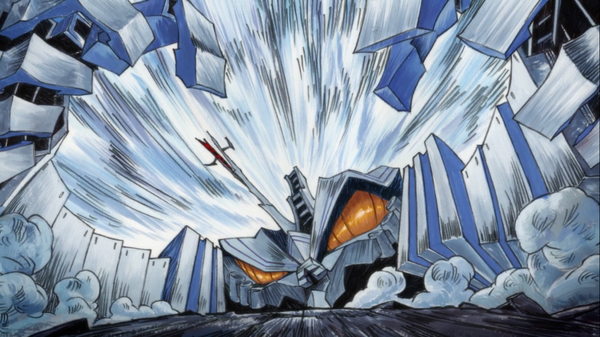 Rei Hououmaru is a minor character in Kill la Kill who serves as the main villain in the show's last episode and final antagonist of the series. She was born in a desolate African country undergoing a massive civil war. When she was just a toddler, a soldier held her gunpoint. Rei was saved by Ragyo Kiryuin, who was searching around the world for people with high Life Fiber affinity. Upon discovering that Rei's was especially huge, Ragyo rescued her knowing she'd be useful to her plans one day. Ragyo gave Rei her current name and partially raised her. Thinking that she saved her out of genuine care, Rei grew an undying love and loyalty to Ragyo and views her as a motherly figure.

When Nudist Beach defeated Ragyo, Rei swore revenge on them and attempted to kill them by making powerful clones of the Elite 4 and a Clone Satsuki. She also hijacked the school's advanced security system. Ultimately her plans were thwarted by Ryuko.

Following Rei's defeat, Satsuki told her that there was still hope and that people who have experienced the worst in humanity like Rei are essential to help make the world a better place. Her speech convinced Rei to put aside her past and join forces with Satsuki and the others by fighting alongside them in their efforts to make the world a place of peace for everyone despite their differences.

Attack Potency: Unknown | At least Country level (Satsuki considered the mech to be her ultimate power with strength far greater than her own)

Lifting Strength: At least Class 1 (Was able to easily escape a restrain from 10 superhumanly strong 1-Star students once her adrenaline was up) | At least Class M (Dwarfs the S.S. Naked Sun, which spans multiple city blocks. Tore up massive parts of the Honnouji Arena causing the ground to massively shake)

Durability: Unknown Physically, At least Mountain level with her Life Fiber clothing (Blocked a hit from a serious Satsuki, though Rei was knocked back and most likely rendered briefly incapacitated albeit with no significant injury afterward) | At least Country level (Was originally intended to further protect Satsuki from Ragyo's attacks)

Weaknesses: Very emotional and always willing to throw her life away to protect or please Ragyo. Final Defense Apparatus can be hijacked by those with high Life Fiber count.

Key: On her own | With Final Defense Apparatus/DEFCON

Note: Final Defense Apparatus/DEFCON is not scaled to EoS Base Ryuko. As it didn't land a single attack on her and got one shot by Ryuko's Scissor Blades.

Retrieved from "https://vsbattles.fandom.com/wiki/Rei_Hououmaru?oldid=4288920"
Community content is available under CC-BY-SA unless otherwise noted.