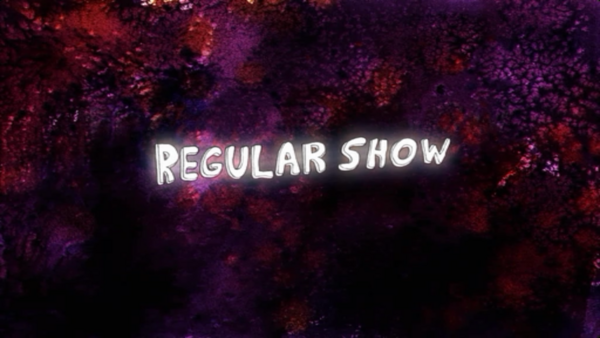 For more information on this series, visit the Regular Show Wiki

Regular Show is a cartoon on Cartoon Network created by J.G. Quintel. It's about the everyday adventures of Mordecai and Rigby, a jaybird and a raccoon that work at a park. Contrary to what the ironic name of the show might imply, the two often get into various extraordinary, supernatural adventures and meet countless strange figures along the way.

Despite not being a series centered around fighting, Regular Show is surprisingly extremely powerful.

While the majority of the main series being around Wall level typically, various power ups and events in the series allow them to reach Multi-City Block to Town level in terms of raw physical power and Massively FTL speeds. Along with numerous weapons that grant users reality warping powers.

The show also has mechanized robots who use a moon as their armor, and ones that can wield swords larger than the Milky Way Galaxy.

There are even multiple characters capable of creating and destroying entire universes and timelines. With people capable of resetting the space-time continuum through their physical strikes alone. As well as various hax such as erasing one's existence, transmutation, breaking down the fabric of reality to its most basic form and Plot Manipulation.

The verse's power tops out at Low 1-C via a 5th dimensional super weapon.