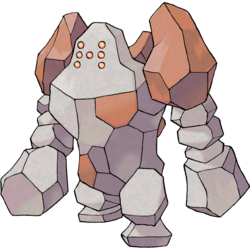 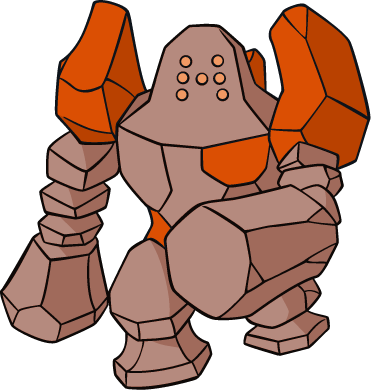 Regirock represents the titan of rock from the three legendary golems. Is made entirely of rocks and boulders. If parts of its body chip off in battle, Regirock repairs itself by adding new rocks.

Attack Potency: Multi-Continent level (Comparable to Regice. The Regis combined Superpower stopped the clash between base Groudon and Kyogre's attacks in Adventures)

Lifting Strength: Class 100 (Effortlessly lifted and tossed an automobile that had Team Rocket hidden inside)

Durability: Multi-Continent level (Should be able to take hits from Regice and Registeel)

Stamina: Limitless, due to not having organs to use energy on.

Intelligence: Relatively high due to age