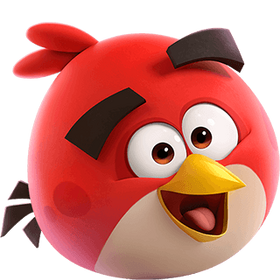 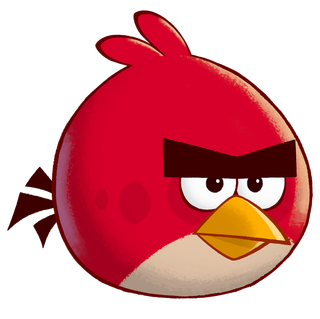 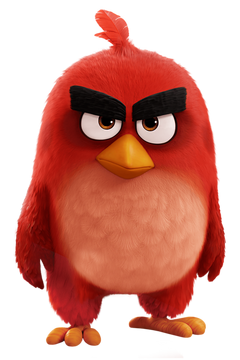 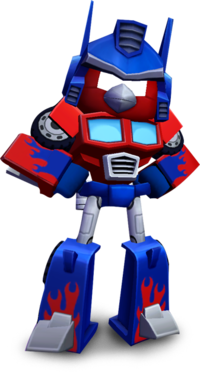 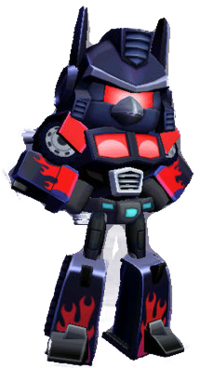 Red is the main protagonist of the Angry Birds series of video games created by Rovio Entertainment. He was introduced in 2009, as the icon of the original game and a core member of the original flock, as well as the leader. Red is typically the central character in the series. After his first appearance in Poached Eggs, he has become a prominent character for the series. He hates the pigs the most.

Age: Unknown, but is an adult

Attack Potency: Small Town level (Able to injure Leonard who survived the explosion of Pig City. Has defeated pigs like Corporal Pig and King Pig countless times, and both were able to survive an explosion that destroyed Pig City. Comparable to the rest of the flock and other characters who can harm him). Higher w/ Power Potion and special slingshots

Speed: At least Subsonic+, possibly Transonic or higher (In Toons, sped to Pig City, destroyed it, got the eggs and raced back to the other side of the island in literal seconds. Ran back to a egg nest/slingshot at fast speeds). Higher w/ King Sling

Lifting Strength: Class 10 (Comparable to Chuck who can lift a giant tree log to use as a battering ram, Chef Pig who fished up a giant whale and a Minion Pig who seemingly pushed a cart with a big pile of chopped wood on it). Higher w/ Power Potion and special slingshots

Stamina: Very high (Is able to run long distances without breaking a sweat)

Intelligence: Above Average (Is an expert at leadership and a skilled marksman, mechanic, pilot and driver)

Standard Tactics: Red's method of choice is attacking enemies from a distance with his slingshot, but in situations where he cannot use the slingshot or when he's fully enraged, Red will fight enemies head on by tackling them or headbutting them. When all else fails, Red will summon the Mighty Eagle as a last resort to cause total destruction on the entire battlefield.

Weaknesses: Still hasn't managed to control his anger issues and easily gets out of control often. When at his angriest, acts more like a raging uncontrollable beast instead of his usual self. Is also incredibly highly strung and possibly a bit paranoid, as he is completely liable for mistaking the sound of the wind for the distant battle cry of the pig army.