Rayquaza (Japanese: レックウザ Rayquaza) is a dual-type Dragon/Flying Legendary Pokémon. Along with Kyogre and Groudon, Rayquaza is a part of the weather trio, serving as its trio master who soothes the conflict between Kyogre and Groudon.

Age: Hundreds of millions of years

Stamina: Extremely high (Rayquaza has lived for hundreds of millions of years in the ozone layer and remained very powerful throughout those times, even directly fighting against Groudon and Kyogre)

Intelligence: High, as it knows when balance is endangered, it can communicate with both Groudon and Kyogre, and is attentive to its surroundings of humans and other Pokémon.

Weaknesses: Supposedly Rock, Dragon, Fairy, and especially Ice Type moves. Although it's uncertain how effective they truly are, given that it is paired off in a trio with Pokémon that have ignored aspects of the elemental cycle. Outrage leaves it confused although it will eventually snap out of it. | Apparently only Ice, Dragon, and Fairy Type moves thanks to its ability Delta Stream, which negates its weaknesses on behalf of its Flying Type. The Outrage weakness still applies. 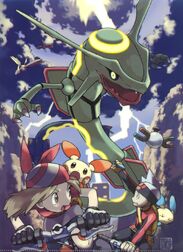 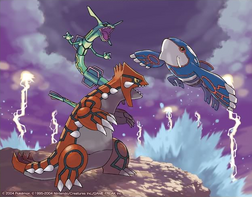 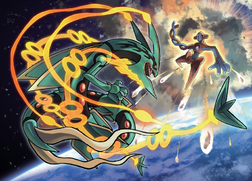 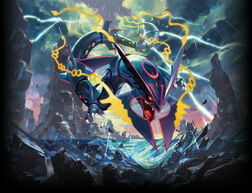 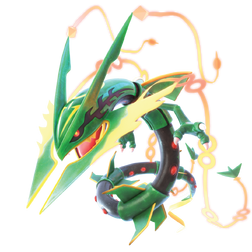 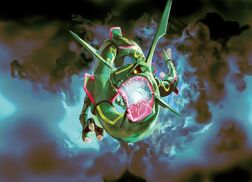 Black Hole (Battle for Dream Island) Black Hole’s Profile (Speed was equalized, both were 4-B, and Rayquaza had access to all its moves)

Vegeta (Dragon Ball Z) Vegeta’s Profile (Majin Vegeta and Mega Rayquaza at 4-B were used, and speed was equalized)