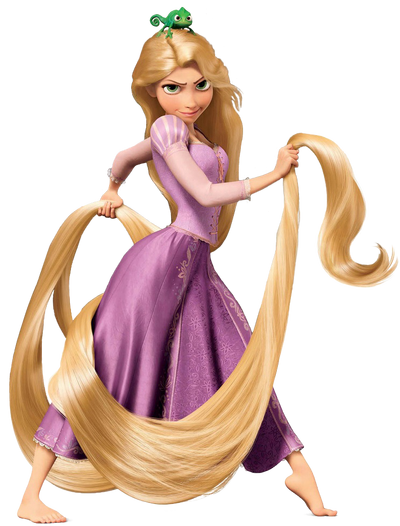 Rapunzel is the primary protagonist of the 2010 Disney film and 2017 cartoon series "Tangled". She is based on Rapunzel of a similar fairytale.

Tier: At least 9-C physically. At least 9-A, possibly 8-C via Black Rocks

Attack Potency: At least Street level (Threw a frying pan hard enough to put a hole through her bedroom door). At least Small Building level (was able to defeat Varian in a mech suit which broke out of his own house), possibly Building level via Black Rocks (when in contact with her hair, the rocks destroyed the tower where she grew up in)

Lifting Strength: At least Athletic Human (Can easily carry around the weight of her massive hair. Able to jump extraordinarily high in the air), Class 5 using her hair (as a “pulley system”, her hair can be used to lift a carriage)

Durability: At least Street level. At least Small Building level with her hair (It provided a barrier that withstood a building being caved in).