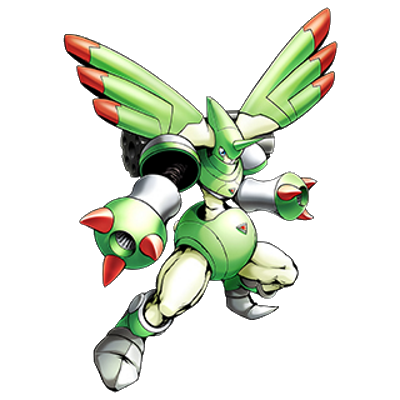 A Cyborg Digimon, evolved from Gargomon. It holds the alias of "Keen Hound", and it reliably brings down the opponent with movements near the speed of light. Also, it freely uses its gigantic ears as radar, can act even in the dark, and is also able to detect the existence of distant enemies. The silhouette of its body makes you think of a shaved poodle. During battle its neck protector shuts. 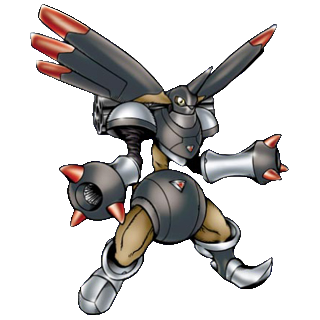 Dawn & Dusk (A Rapidmon whose body was dyed black. It's a Cyborg-type Digimon. His ears have grown to act like radars and detect any sound, and can hear everything. He shoots homing missiles to attack.)

Collectors (A Cyborg-type Digimon who attacks the enemies with a fast move near the lightspeed. To take full advantage of the ability to act in the dark, makes full use of the huge ear-type radar, the color of his body has turned black compared to the normal Rapidmon. Like the usual Rapidmon, the neck protector is closed during battle.) 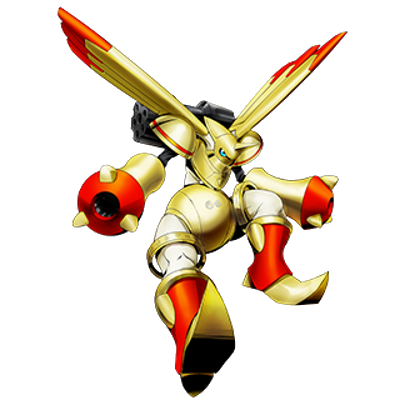 Attack Potency: At least Large Star level, possibly Multi-Solar System level (Should be comparable to Digitamamon) | Complex Multiverse level (Is implied to be Magnamon's equal and should be on par with the Royal Knight, many of which command the power to destroy the Digital World)

Intelligence: A great tracker, able to hunt enemies even in the dark.