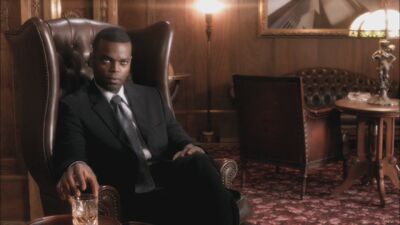 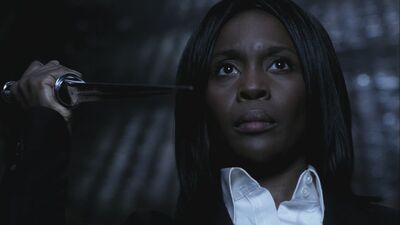 Raphael was the third of the four archangels created by God. He was older than Gabriel but younger than Michael and Lucifer. After Lucifer's rebellion and banishment, Raphael stood by Michael in taking over the Universe.

In Season 4, Raphael protected Chuck from Lilith's harm and then tried to stop Dean and Castiel from stopping Sam from breaking the last seal and killed Castiel. In Season 5, he became a target of Castiel, resurrected, and Dean to find God but he didn't have answers and they left him in a ring of holy fire as he vowed to kill the angel.

In Season 6, Raphael escaped and returned to Heaven with the intent of taking over and restarting the Apocalypse but was opposed by Castiel and a civil war began, forcing Castiel to team up with Crowley to obtain the souls of Purgatory. When Castiel betrayed him, Raphael allied himself with Crowley to obtain the power for himself, only to be killed by the angel when he took the power.

Age: Billions of Years Old (Older than the Universe)

Attack Potency: At least Multy-Galaxy level, possibly Universe level (Comparable to Lucifer, who was stated multiple times to be able to eventually recreate the universe. Stronger than Gabriel, who created a universe, and somewhat comparable to Michael, who would have destroyed an alternate universe)

Range: At least Low Multiversal (Extends across timelines and he can teleport almost anywhere including separate realities)

Intelligence: Very High. Possesses extensive knowledge as a result of being one of the oldest beings in existence.

Weaknesses: Angel Sigils, Holy Oil (to an extent), Archangel Blade, other heavenly weapons, Lance of Michael, requires a vessel to stay in the living realm

Retrieved from "https://vsbattles.fandom.com/wiki/Raphael_(Supernatural)?oldid=5581726"
Community content is available under CC-BY-SA unless otherwise noted.