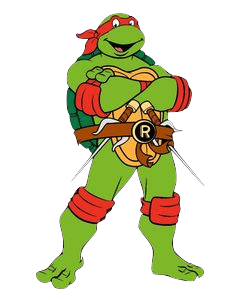 Attack Potency: Wall level (Can tear apart the robots of Kraang which are made of a metal harder and more durable then titanium, can bust and crack walls) | Small Town level+ (Implied to have fought a Kraathatrogon, an alien species that can "shake the city", referring to New York City, as well as a being that's ludicrously stronger than Casey Jones, who hurt Ho Chan) | At least Town level (Physically comparable, if less skilled, than an alternate timeline version of himself, which was said to be strong enough to shatter mountains)

Start a Discussion Discussions about Raphael (1987)