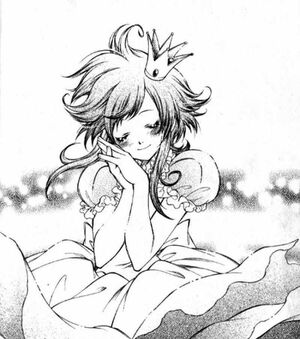 Rapha is an 80th level cleric with the NPC guardian John. She appears to have a deep crush on John, and even sacrifices her levels to revive him. Rapha, together with John, defeated Dragon Matria.

Retrieved from "https://vsbattles.fandom.com/wiki/Rapha?oldid=5418432"
Community content is available under CC-BY-SA unless otherwise noted.