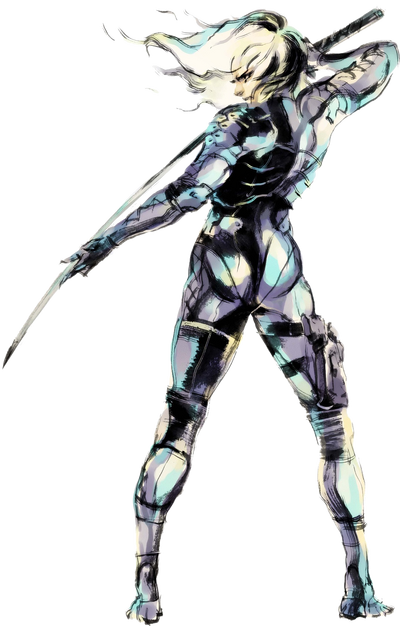 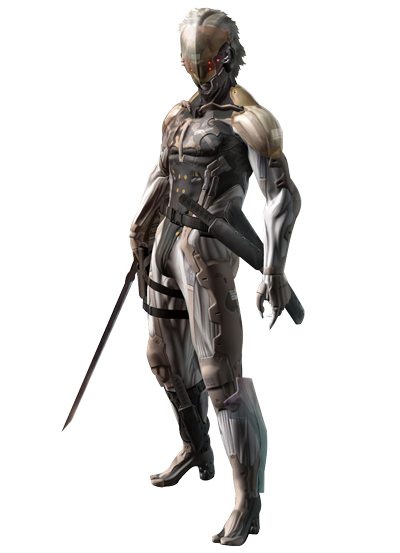 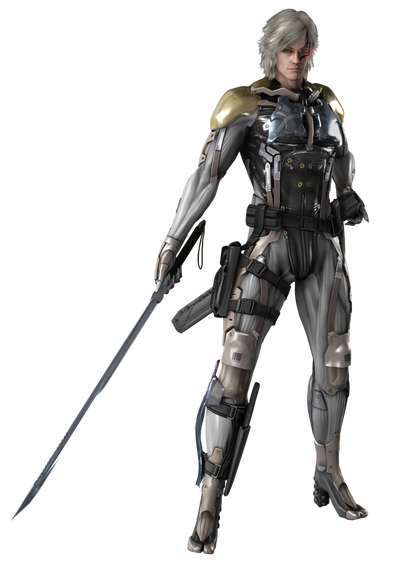 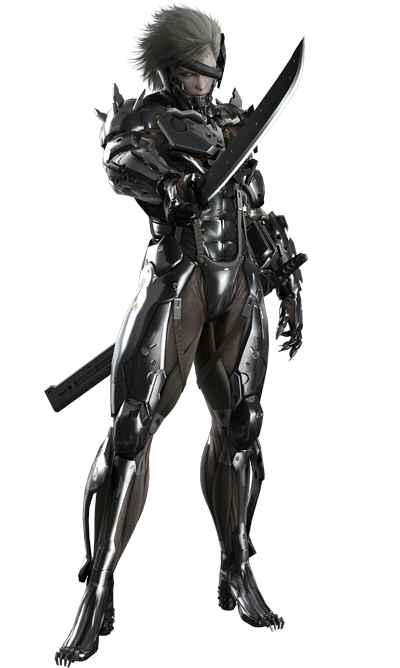 As a young boy, Jack lived in the turbulence and violence of the Liberian Civil War and was orphaned at a young age by Solidus Snake, who raised him as his own and groomed him to become a killing machine of a child soldier who gained the title of Jack the Ripper, the White Devil, making quite the name for himself. Eventually taken to the United States after Solidus abandoned him, Jack recovered from and repressed his years of trauma, and was taken in by the Patriots, who used him as a soldier and had him participate in hundreds of simulations to hone his skills. During this time, he met his future wife, Rosemary, who was, in reality, a Patriot spy.

Seemingly recruited into the defunct FOXHOUND, Jack, under the codename Raiden was sent to the Big Shell to rescue the president and other hostages, used as a tool in the Patriot's S3 Plan.

All previous abilities to greater extent, Cyborgization (Normal), Immortality (Type 2. Can survive for extended periods with limbs completely removed), Immense Will, Electricity Manipulation (Can fire bolts of lightning, send lightning at others and imbue his fists and HF Blade with electricity), Immense Pain Tolerance (Easily withstood Vamp stabbing his chest and can withstand a lot of punishment without even flinching), Resistance to Empathic Manipulation (Sam stated that nanomachines grant resistance to fear and battlefield emotions, while still feeling them deep inside their mind, cyborgs are unaffected by them physically and are still fully capable of fighting)

All previous abilities to greater extent, Absorption (Can absorb the electrolytes of other cyborgs to replenish his own energy), further Cyborgization (Full) and possibly Inorganic Physiology (Type 2), Electromagnetism Manipulation (With Electromagnetic grenades), Information Analysis, Hacking, Aura and Statistics Amplification (Can greatly boost his speed with Blade Mode, and both his speed and strength with Ripper Mode. Can also increase his attack power with electricity), Reactive Power Level (Went from having his punches no-sold by Armstrong to being able to knock him down in the span of a few minutes), Immunity to Pain Manipulation (Like other cyborgs, has pain inhibitors)

Attack Potency: City Block level (Comparable to Snake, and defeated Solidus, a perfect clone of Big Boss, in a swordfight), Multi-City Block level with weapons (Destroyed multiple RAY units with heavy weaponry) | Multi-City Block level (Held back Outer Haven while missing an arm) | At least Multi-City Block level (Superior to his former body, can easily throw around and destroy upgraded RAY units) | Large Town level (Threw around and demolished EXCELSUS, stronger than characters who can harm him, such as Mistral), higher with Reactive Power Level (Capable of damaging a bloodlusted Armstrong with his bare hands when just minutes prior he was incapable of even phasing him with a bloodlusted barrage of punches, and ultimately defeated him, easily ripping out and crushing his nanomachine-infused heart with his bare hands); High-Frequency weapons ignore conventional durability (HF Blades weaken molecular bonds to cut cleanly through virtually any target)

Stamina: Very high | Marvelous. Thanks to his new cybernetic body, Raiden can fight despite grave wounds that would prove lethal to anyone else, fighting against Vamp despite multiple stab wounds to vital parts of his body, ultimately outlasting and overcoming him in single combat. After being forced to cut off his arm, he went on to briefly hold back Outer Haven, and afterward, with both arms missing, held off a large group of Haven Troopers and continued to fight even after being stabbed through his torso multiple times. His stamina has only grown as of Revengeance, as he withstood an extended, brutal beatdown from Armstrong that should've killed him with his pain inhibitors being turned off.

Range: Standard melee range, further with his sword (HF Blades can cut targets even without being in exact physical contact with them), tens of meters to hundreds of meters with weapons.

Standard Equipment: High-frequency blades which negate durability by cutting at a molecular level, and various other weapons he collected during the missions, such as pistols, rifles, sniper rifles, grenades, mines, C4, and rocket launchers. Other equipment includes a cardboard box, stealth mats, mine detectors, thermal and night vision goggles, and binoculars.

Intelligence: Gifted. Though he initially seems naive, Raiden is a practiced killer who mastered the art of combat and murder at an early age, easily proving himself capable of matching experienced soldiers and even defeating his mentor and adoptive father, Solidus Snake, a master swordsman, in a one-on-one sword fight. His skills also lend themselves well to espionage and infiltration, allowing him to sneak onto the Big Shell and stay hidden for much of his mission. By the time of Metal Gear Solid 4, his sword skills have grown, showcasing an incredibly effective swordplay style that combines elements of Capoeira with more traditional styles.

Weaknesses: Raiden suffers from PTSD. | Raiden's lost white blood cannot be replenished naturally and must be supplied and dialyzed by an external source. | Blade Mode only lasts a small amount of time and is most effectively used in short bursts while a target is unable to retaliate. Raiden is somewhat arrogant, has a slightly hypocritical sense of morality (as called out by Sam and Monsoon) that he uses to shield himself from his bloodlust that is relatively easy to tear down, struggles to come to terms with the part of his psyche that enjoys violence | Blade and Ripper Mode last for only a limited amount of time.

Blade Mode in action
Add a photo to this gallery

Zandatsu
Add a photo to this gallery

Raiden entering Ripper Mode
Add a photo to this gallery