Quest Failed is an Eroge visual novel series created by Frost Works. The series is set in a fantasy world which is inhabited by both humans and many different species of monsters. Monsters in the series are feared and treated harshly by a majority of humanity, and though some humans have gradually become more accepting of their inhuman counterparts, monsters are quite rarely allowed within a city's limits.

The series centers around Matthew, an aspiring adventurer who is swiftly defeated after his first encounter with a slime, which is generally considered the physically weakest species. Instead of killing him, however, the slime introduces herself as Jilly and insists on being friends. After begrudgingly accepting the offer, Matthew continues to attempt the quests he is given. Despite failing a majority of them, he gains more experience and even more female monster companions, and he slowly becomes a wiser and stronger adventurer.

Comparatively speaking, the series is not especially powerful in the physical sense. All monsters thus far have proven themselves to be superhuman, as even the weakest species can destroy trees. This places them at Small Building level. Most monsters can also move fast enough that they seem like blurs to normal humans, landing them at Subsonic speeds.

Abilities in the series vary considerably, with Fire Manipulation, Ice Manipulation, and Thread Manipulation being just a few. Slimes, such as Jilly, are known for being difficult to kill due to their Regeneration. Certain monsters, notably Nefertari, even manage to have some hax like Curse Manipulation and Empathic Manipulation, though she herself is unaware that she has them. 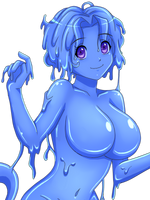 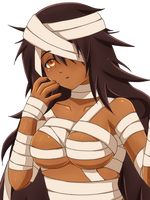 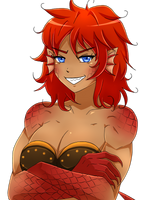 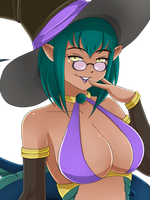 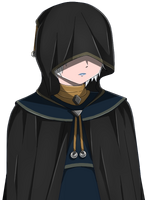 ???
Add a photo to this gallery