VS Battles Wiki
Register
Don't have an account?
Sign In
Advertisement
in: Tier 8, Tier 8-A, Characters,
and 35 more 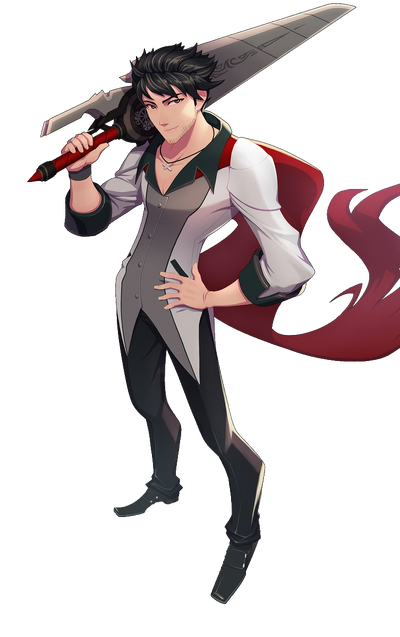 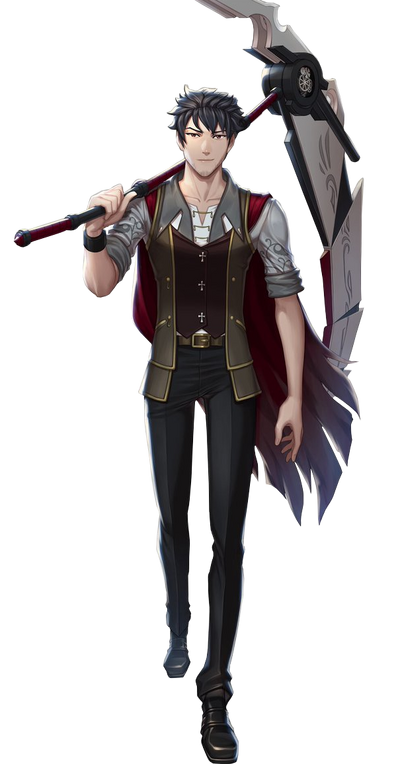 Qrow Branwen is the younger twin brother of Raven Branwen, biological uncle of Yang Xiao Long and honorary uncle of Ruby Rose. He is a former member of the Branwen Tribe as well as a former teacher at Signal Academy. In his youth, Qrow attended Beacon Academy with his sister, and together they were on a team with Summer Rose and Taiyang Xiao Long, known as Team STRQ. Qrow is also involved with a secret brotherhood led by Ozpin, whose purpose is to protect Remnant and is privy to knowledge kept secret from most of the world. On the surface Qrow is a seemingly rude, blunt, cynical, sometimes crass, yet cool-headed and nonchalant individual, who appears at first glance to be somewhat immature, insensitive and stand-offish, but behind this childish façade hides a heart of gold, a lifetime of suffering, and the demeanor of a veteran Huntsman shouldering the burden of defending Remnant.

Powers and Abilities: Superhuman Physical Characteristics, Martial Arts (Skilled Hand-to-Hand Combatant), Weapon Mastery (Master Swordsman, Marksman, and Scythe Wielder), Acrobatics, Aura (Able to use his Aura for numerous purposes), Forcefield Creation (Aura can be used as a full-body forcefield), Statistics Amplification (Can use Aura to enhance his striking power), Enhanced Senses (Can use his Aura to sharpen his senses), Regeneration (Mid-Low), Extrasensory Perception, Energy Projection (Can project his Aura as blades of energy), Passive Probability Manipulation/Supernatural Luck (Via Semblance), Transformation (Via Magic; Can transform into a crow, granting him Flight), Small Size (Type 1; As a corvid), Stealth Mastery (Often uses his corvid form to remain undetected), Resistance to Extreme Heat and Cold (Aura protects the user from sub-zero temperatures, allowing them to be encased in ice without being cold, walk through a blizzard in casual clothing, and traverse the kingdom of Atlas, which resides in Remnant's North Pole, without wearing any protective gear, as well as extreme heat up to and including the heat of flames, being blasted with steam, and being submerged in lava without being burned)

Attack Potency: Multi-City Block level (Can deflect attacks from Leonardo's weapon, and can harm him with his attacks)

Speed: Massively Hypersonic (Can keep up with Winter and Tyrian, with both fights being depicted as moving so fact that they were only seen as a blur of motion by Mercury Black and Ruby Rose respectively)

Durability: Multi-City Block level (Can block attacks from Leonardo's weapon), higher with Aura (Aura functions as a forcefield with a cumulative durability, depicted as a 'health bar', that allows him to take dozens of hits from opponents as strong as himself without any significant injury)

Stamina: Superhuman (His stamina should be at least comparable to if not superior to the likes of Team RWBY, who were able to fight nonstop for an entire day before tiring. Due to being a reconnaissance agent for Ozpin, Qrow often spent months at a time deep in enemy territory, regularly coming in contact with Grimm in the field with little time to rest due to the constant threat of being attacked)

Range: Extended melee range to Tens of meters with Harbinger and Aura projection

Intelligence: Gifted (Despite his reputation as a frequent alcoholic, Qrow is nevertheless one of the most capable Huntsmen in the series, able to match Winter Schnee, another professional Huntress and high ranking Atlas official, in armed combat even while he was inebriated. His skill and power are so great that Mercury Black, a professional assassin who can casually defeat trained 2nd Year Huntsmen-in-Training like Yatsuhashi Daichi and Coco Adel, was seen terrified of his presence and immediately fled on sight. Even among his peers, Qrow is a greatly feared and formidable Huntsman, with even the likes of James Ironwood and Arthur Watts being wary of his combat prowess and reluctant to engage him in battle. As revealed in RWBY: The Grimm Campaign, Qrow's skills and prowess as a legendary Huntsman is in fact a worldwide, publicly known fact, to the point where Qrow is even seen as a celebrity. He is an excellent marksman, swordsman, and scythe wielder, expertly utilizing what Ozpin describes as "one of the most dangerous weapons known to man". Even when disarmed, he is proficient enough in hand-to-hand combat to fight opponents even as dangerous as Tyrian Callows back with ease, despite the latter's status as one of Salem's most trusted followers and a lethal close-quarters fighter in his own right. Qrow is also highly skilled in stealth, having served for years as a reconnaissance agent for Ozpin for years, traveling deep into Salem's territory to spy on her and her forces, traveling the world tracking down the holders of the Maiden powers without arousing any suspicion, and managing to follow Team RNJR for months without any of them noticing his presence despite Lie Ren's extrasensory perception being able to sense people nearby, even going so far as to kill entire hordes of Grimm that were stalking them without being detected.)

Weaknesses: Continual damage to his Aura will cause it to decay to the point where he can be left open to more significant damage. Aura's durability is cumulative; it will deplete with each attack he takes and can be brought down by characters of similar strength. Semblances drain aura by a small amount and without aura they cannot be used until the user's aura is recharged (Though in Qrow's case this only applies to him actively focusing his Semblance as it is normally continually passively active). His Semblance can affect allies without his consent. Constant exposure to extreme temperatures will wear the user's Aura out sooner than later.