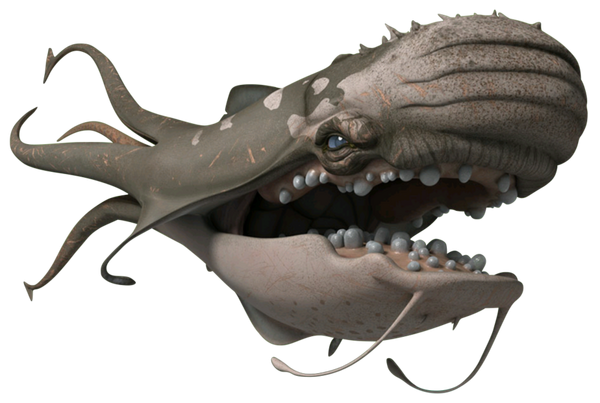 Purrgil are massive whale-like animals which live in deep space. They can fly in the cold vacuum of space without issue and feed on energy rich gases similar to Tibanna. Legends say that they have a natural ability to travel through hyperspace, which has proven to be true, and that it was this ability which inspired the galaxy’s sentients to develop hyperspace technology.

They live in pods that number in the tens to hundreds. Smaller pods are led by a “Purrgil King” while larger ones can be led by multiple “Purrgil Ultra”. These animals have showcased a higher level of intelligence compared to other non-sentient fauna and even some limited telepathic abilities. However, they are otherwise not truly sentient and may be at best semi-sentient.

Durability: At least Town level+ (Can take numerous shots from the laser cannons of the TIE fighter and suffer no injuries) | At least Large Mountain level+ (Should be able to withstand the forces of their own physical strikes, more durable than the hull of an Imperial-class Star Destroyer)

Stamina: High to an unknown extent.

Intelligence: Purrgil are seemingly semi-sentient, with intelligence far beyond that of typical fauna. They can recognize quickly when someone is trying to help them and remember a debt they owe someone who helped them even after a few years. They also have some telepathic and empathic abilities. Otherwise, they are otherwise not fully sentient creatures and exhibit no higher thinking capacity.

Weaknesses: They need to consume a type of high-energy gas similar to Tibanna called ‘Clouzon-36’ in order to keep up their strength and to power their ability to jump into hyperspace.

Retrieved from "https://vsbattles.fandom.com/wiki/Purrgil?oldid=6371965"
Community content is available under CC-BY-SA unless otherwise noted.