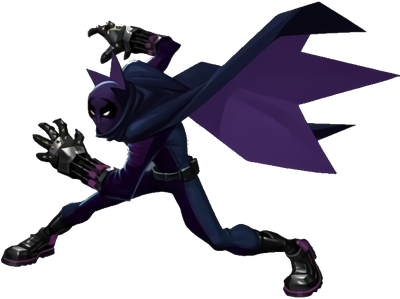 Prowler is a villain in Spider-Man: Into the Spider-Verse and the uncle of Miles Morales. He and Miles had a very close relationship, with Aaron acting as Miles' outlet for his creativity for Graffiti Art. This all changed when Miles found his Uncle was working for Kingpin and took on the alias of the Prowler, a common enemy to Peter Parker of Earth-1610.

Age: Unknown (In his adult years)

Powers and Abilities: Superhuman Physical Characteristics, Martial Arts, Vehicular Mastery, Restricted Flight (Can boost forward to suspend in himself in the air with Jet Boots), Thermal Vision enhancement with Mask

Standard Equipment: His suit and his motorbike

Start a Discussion Discussions about Prowler (Into the Spider-Verse)