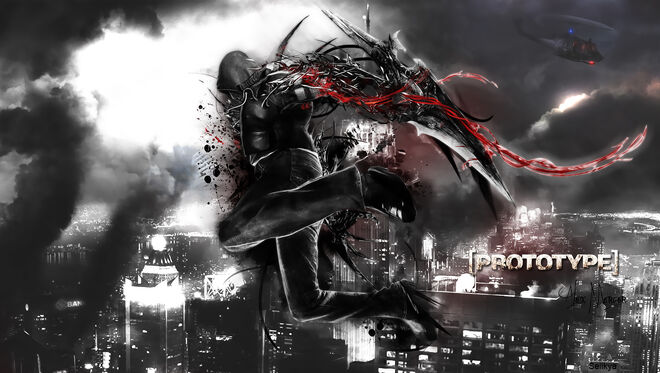 Set in New York City, the game follows a powerful amnesiac named Alex Mercer who must stop an outbreak of Blacklight, a plague that mutates individuals into hideous violent monsters. During his quest, Alex tries to uncover his past while also coming into conflict with both the US military and a black operations force called Blackwatch. Parallel to the game's storyline is the ability to play the game as a style video game giving the player freedom to roam Manhattan.

Later, the series features a new protagonist, James Heller, as he goes on a quest to destroy the Blacklight virus. The story is also one of revenge, as Heller wants to kill Alex Mercer, protagonist of the original Prototype, after his family was killed in the outbreak of the Blacklight virus that he released.

The power of this verse is ranked pretty low with most of the cast residing between Small Building level to Building level in AP and Subsonic movement with Supersonic+ reactions/combat speed for the Low-Tiers and Mid-Tiers, while the Top-Tiers and God-Tiers are Multi-City Block level in AP. The infected get stronger by absorbing other lifeforms and add their combined power to their own, making it up by the 'getting stronger as time passes'.

Though most infected make up their lack of physical power in the form of versatility like: a certain degree of Telekinesis, Mind Control, Regeneration, Immortality, Biological Manipulation, Biological Absorption, fast Adaptation and Disease Manipulation on a massive scale.