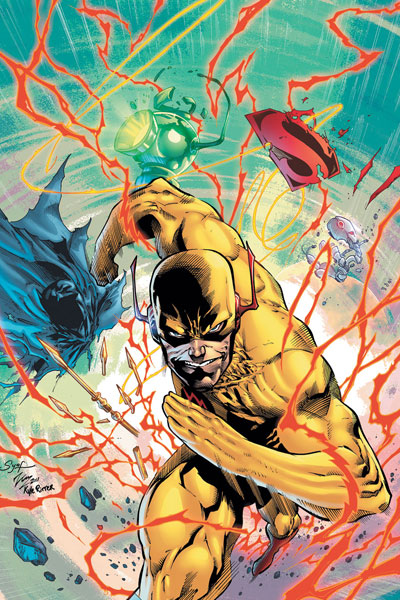 Eobard Thawne was born in the 25th Century and grew up idolizing the Flash and studying the legacy of the Scarlet Speedster. However, as he learned more about the Flash, Eobard discovered how his own life was linked to his hero’s: He was destined to become one of Barry Allen’s greatest villains, a revelation that led Eobard to grow unhinged. When he eventually replicated the chemical accident that granted the Flash super speed, Eobard took on a new identity—that of Professor Zoom aka Reverse-Flash, a wicked subversion of everything the Flash stands for.

Granted with powers and abilities similar to that of the Flash, Professor Zoom is unwavering in his determination to oppose and destroy all that’s important to the Flash. His ability to travel through time allows him to attack the Flash at almost any point throughout history. However, he is unable to ever kill the Flash—for he would not exist if he killed his own inspiration. Instead, he does everything in his power to torment and torture the hero, an ominous visitor from a future the Flash never could’ve envisioned.

Age: Probably in his 40s

Weaknesses: Normal human weaknesses. Can be killed if caught off-guard.