Primal Rage is a fighting game created by Atari Games in 1994. In the storyline, a colossal meteor strikes Earth some time in the future, completely wiping out human civilization, causing mankind to regress into primitive tribes like those from the Stone Age, and rearranging the surface of the planet, itself. Because of this great cataclysm, several incredibly powerful and supernatural prehistoric beasts are awoken from their eons of slumber, fighting for dominance over the planet, which is now referred to as "Urth" by the primitive humans, and gaining legions of mortal followers as they battle. The series consists of the original Primal Rage game, a four-issue comic book mini-series published by Sirius Entertainment, a second game which, while almost entirely finished, never saw widespread release, and a novelization of the second game's story which also expands upon the backstory of the original game's characters.

Primal Rage is a very powerful verse. Each of the gods seem to be relatively even in power, and are capable of high-end Tier 6 feats. These include showings such as Diablo burning the surface of the planet and turning Urth into a raging inferno in his ending from the first game, or Blizzard covering a large portion of the world in ice that extends miles into the sky, causing such a massive increase in the planet's mass that it tilts on its axis, forcing the North and South Poles onto the equator. Other characters, such as Vertigo, possess solid hax, such as turning her foes to stone and shattering them, reducing them to a fraction of their size so that they can be swallowed, and transforming them into powerless cows. The sequel's story would also reveal that the gods' fighting created an entirely new supercontinent known as Neo Urth.

The second game and novel would show that each god can grant a human follower of their choice a significant portion of their power in order to have them act as an avatar of sorts. The Avatars appear to all be capable of growing to immense sizes and temporarily transforming into their respective god.

The series' primary antagonist, Necrosan (introduced in the sequel and its novelization), is easily among the strongest characters, as it is revealed the the meteor which wiped out civilization and completely rearranged the planet's continents was merely his egg, and the being himself seems to have been implied to have annihilated planets countless years in the past. However, even he is revealed to be only a single member of a powerful alien race engaged in an intergalactic war with an equally as powerful, if not more powerful, race. 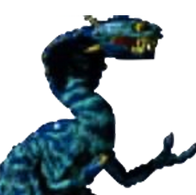 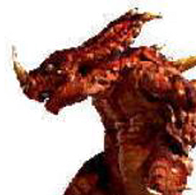 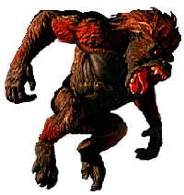 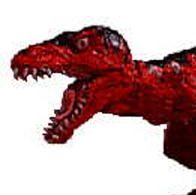 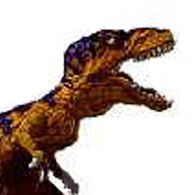 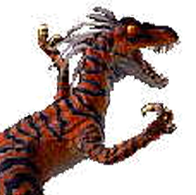 Talon
Add a photo to this gallery

Malyssa
Add a photo to this gallery 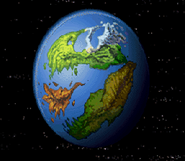 A map of Urth, as seen in the first Primal Rage.

Neo Urth, the new set of continents created on the opposite side of the world by the gods' fighting during Primal Rage II.
Add a photo to this gallery