VS Battles Wiki
Register
Don't have an account?
Sign In
in: Characters, DC Comics, Comic Book Characters,
and 33 more

View source
watch 02:03
Wiki Targeted (Entertainment)
Do you like this video?
Play Sound 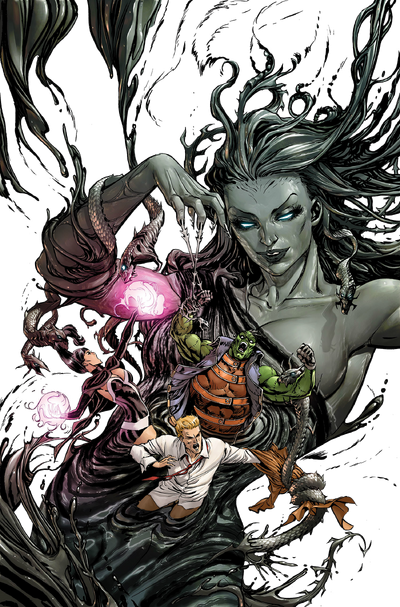 Pralaya is the Embodiment of Nothingness in DC Comics. Called "The Goddess of The Void", she is Non-Existence itself, the emptiness from which the entire Multiverse is born, and to which it always returns. She awakens from her slumber in Justice League Dark #37, almost immediately engulfing all of the Multiverse's timelines into her fathomless self. Her desire is to end all of existence, bringing everything back to the primordial cosmic sleep.

Age: Predates All of Time, has always existed

Attack Potency: Outerverse level (Destroyed all of creation, threatening to engulf it into the Overvoid, and did so after erasing the entirety of the multiverse. Other storylines have established creation as having innumerable dimensions, as well as 1-A realms such as the Monitor Sphere, and the Source Wall) | Outerverse level (She exists far beyond the multiverse as the personification of the void before creation within her own transcendental realm. She can supposedly absorb an aspect of God)

Weaknesses: None Notable | Her actions are restricted to her reality until the time of the Sea of Brahma