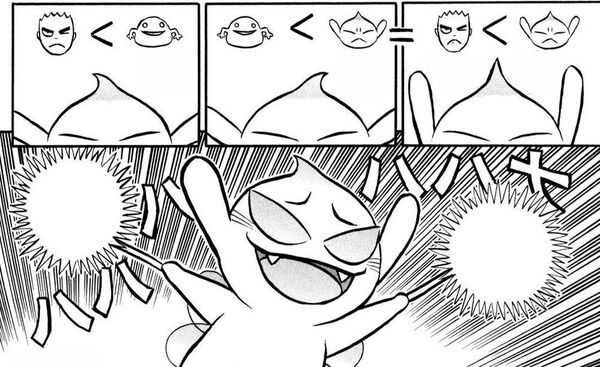 Powerscaling is the method of determining a character's power through comparing them to other characters in their series.

The logic behind powerscaling works much that of transitive relation. In which if A > B and B > C, then A > C.

Another way powerscaling works is through attributing feats a character performs to other characters who are equal or greater than that character as well.

So if Character A is capable of lifting a car. And Character B has proven to be stronger than Character A, then it is safe to say that Character B can also lift a car.

Although a misuse or over extrapolation of powerscaling can lead to grossly inaccurate ratings, a logical and moderate use can be both helpful and essential to properly determining one's power.

As without powerscaling and going purely by feats, many characters would end up being "Unknown" in stats or be lowballed to absurd extents. Such as Whis being weaker than Piccolo going by pure feats. Sosuke Aizen being weaker than Ulquiorra Cifer. Or characters who have consistently been said and shown to have power on par with Planet level beings be rated as Wall level.

It is possible for a character who is depicted as vastly superior to another in a statistic to be placed in a tier above the other, given that the other character is close to the the next tier. However, this ultimately needs to be decided through case-by-case analysis.

While as a whole the legitimacy of powerscaling within a franchise should be analyzed on a case by case basis, the following is a general guide to what would and would not be accepted to scale off of in most situations.

Another important thing to note is that "Attack Potency," the energy a character can output and how powerful their attacks are is not always equal to to how much one can destroy or the area of effect one's attacks hold.

In a massive majority of fiction, characters' attacks do not have to destroy a city in order to have that equivalent energy, or harm people with City level durability. Such as characters who can tank planets exploding upon them, getting hurt when a more powerful person punches them through a building.

Therefore if a character is listed as having City level Attack Potency, that does not always equate to it being said that their attacks can destroy cities.

Character A has a City level feat. Character B lost to Character A, yet still put up a considerable fight, was able to harm him and clearly made Character A exert effort into defeating Character B, then it is safe to assess that Character B has City level Attack Potency and Durability as well.

In the case of powerscaling via in-verse statistics, it's generally preferable to scale the characters based on their own feats. However, if the in-verse tiering system is consistent enough, statistics powerscaling can be applied.

For example: A character rated as 4.5 has better showings than a character rated 3 who in turn stomped someone rated 1.5. So two characters with the same rating can be considered comparable because the ratings are consistent with the established strength of the characters.

For pages similar to this one which may help you understand some of the concepts described here better, please visit these pages: