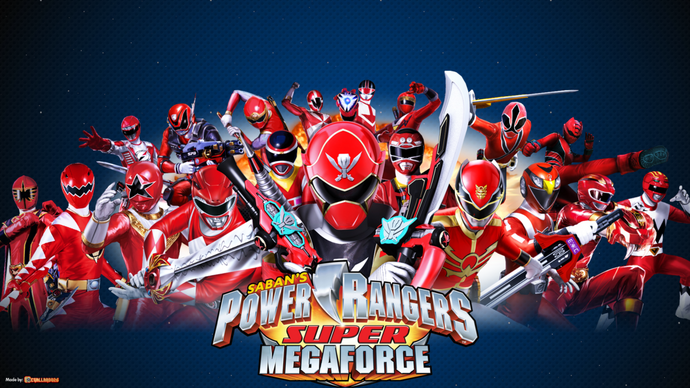 Power Rangers is a long-running American entertainment meta franchise and merchandising franchise built around a live action television series targeted to a younger audience featuring teams of costumed heroes. The concept is based on the Super Sentai series of shows, however, is not an English dub of the original, but rather a new production with English-speaking actors spliced in with the original Japanese footage to varying ratios. Due to the very Japanese nature of many of Sentai's stories, the American adaptations are generally changed to fit its Western audience. (Ironically, the American Power Rangers was dubbed into Japanese. This practice stopped, however, after Lightspeed Rescue.)

Each of the Power Rangers seasons, or "incarnations", centers around a group of people, often teenagers, that gain super powers to fight various villains, ranging from demons to witches to aliens. To activate these powers, these characters, known in general as the Power Rangers, morph by performing a standard action and reciting a morphing call. Throughout the series, the Power Rangers learn the importance of teamwork and perseverance as they battle progressively harder-to-defeat villains. Like its Super Sentai counterpart, from which part of an episode's action footage is taken, a monster is unleashed on the Power Rangers and it is usually up to them to destroy the monster.

Although not as strong as it's Sentai counterpart, Power Rangers is still surprisingly a strong verse. The series have villains, vehicles, and zords capable of FTL to MFTL+ travel, along with weapons and characters capable of destroying planets. The series is not without hax either with Mesogog's psionic powers, and the Mystic Force cast's magic in general. The series even have powerful beings such as the Sentinel Knight and Zordon, a powerful crown called the Corona Aurora, which is powerful enough to affect the universe.

As of Power Rangers: Dino Charge, the verse has received a rather huge boost in both hax and strength. Monsters such as Puzzler, Bones and Wishstar have powers such as reality warping, emphatic manipulation and probability manipulation respectively. Characters such as Sledge and Heckyl were said to have destroyed entire galaxies in the past, as casual acts at that. Lastly, the Energems transcend space and time and users of them have been stated to make "the universe grovel" or otherwise simply take over the universe.

Overall, Power Rangers is a very formidable verse in hax, strength and speed.