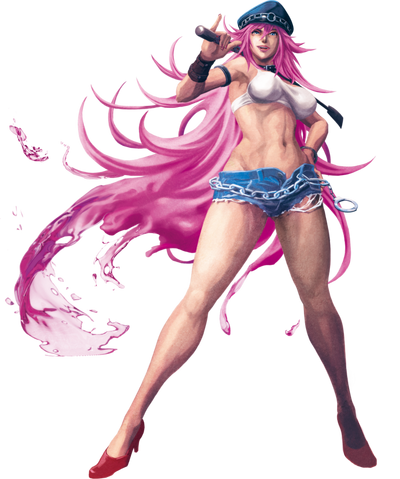 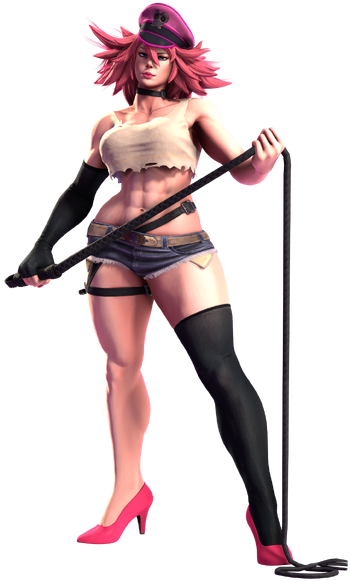 Poison (ポイズン Poizun) is a playable character in the Street Fighter series, and one of many that originated from the Final Fight games created by Akira Yasuda. Introduced in the first Final Fight, she has appeared in later artworks and games in a cameo role, eventually making her first playable appearance in Street Fighter X Tekken.

During the kidnapping of Mayor Mike Haggar's daughter Jessica, Poison was a member of the Mad Gear Gang. Not much is known about her participation in the events, however, beyond the fact that she fought the heroes.

After the collapse of Mad Gear, Poison became a wrestling manager. However, her charges were lackluster and attendance at events was even worse. When she realizes that her wrestlers are failing to interest the crowd and overhears the marks talking about how they'd rather watch "the main event" (The S.I.N. Tournament), she enters the ring herself and pummels two of her employees, deciding to go to the tournament herself in search new talent.

After the tournament, she meets up with her former Mad Gear comrade Hugo. She offers to manage him, and although he is reluctant at first, he eventually accepts.

Speed: At least Supersonic+ (Kept up with Rolento, Abigail and a suppressed Cody)

Intelligence: Above Average (Skilled fighter and the manager of Hugo Andore's wrestling career)

Defeated Rolento in her Ultra SFIV Rival Match. Rolento in turn has been Cody's opponent multiple times, and while always defeated, was never a push-over. 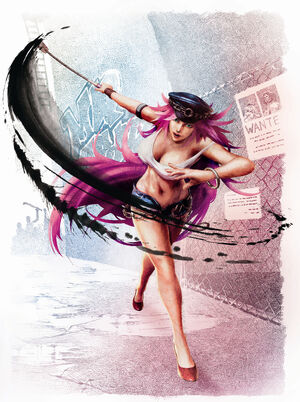