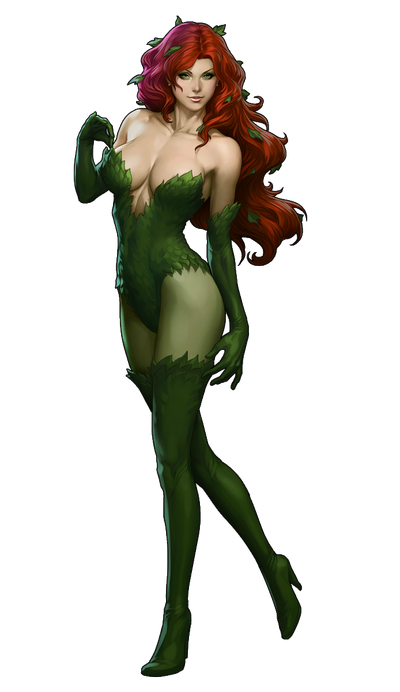 Poison Ivy is an enemy of Batman. She is depicted as one of the world's most prominent eco-terrorists. She is obsessed with plants, botany, and environmentalism. She uses toxins from plants and her own bloodstream for her criminal activities, which are usually aimed at protecting the natural environment. Fellow villain Harley Quinn is her recurring partner-in-crime and possibly her only human friend.

Speed: Massively Hypersonic combat speed (Should not be overwhelmingly slower than Katana)

Range: Standard melee range. Tens of kilometers with plants (Can reach plants from all around Gotham)

Weaknesses: Requires sufficient CO2 and Sunlight to survive otherwise death (Though water can revive her). Feels the pain of her plants when harmed. Cannot control plant beings with consciousness, such as Harvest. Her plants are extremely susceptible to fire and bladed weapons.