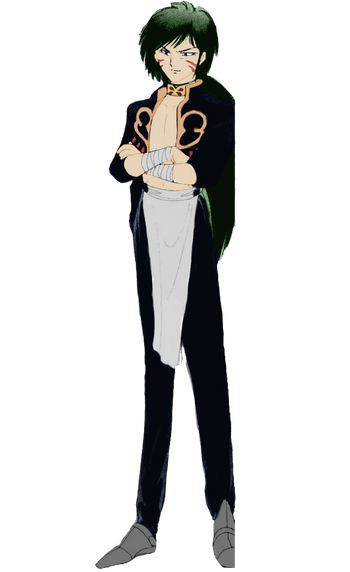 Pluie is one of the main demons under Queen Reindevila. He is the first major enemy that Wedding Peach along with the other angels encounter during the first half with his mission to steal Peach's ring.

Name: Pluie, Ame (in some translations)

Age: Unknown, took on a guise of a middle schooler once

Powers and Abilities:  Superhuman Physical Characteristics, Summoning (Can summon lesser demons to fight or as allies), Flight, Swordsmanship, Empathic Manipulation and Energy Manipulation (Demons have powers over negative forces such as hatred and unhappiness), Possession via Lesser Demons, Spatial Manipulation (Distorted the space within an entire room and to a grater extent on school grounds), Gravity Manipulation, Power Nullification, Memory Manipulation (Can erase a persons memories), Can create a "ghostly net" that prevents people from teleporting and escaping, Plant Manipulation, Wind Manipulation

Attack Potency: At least Building level (Destroyed a house in his fight with Lily and Daisy), likely Large Building level (Disrupted space and gravity around a school,fought against the Higher Angel Limone in some occasions)

Range: Extended melee range, tens of meters with his powers

Pluie in the Anime

Anime Design
Add a photo to this gallery

Retrieved from "https://vsbattles.fandom.com/wiki/Pluie?oldid=4724542"
Community content is available under CC-BY-SA unless otherwise noted.