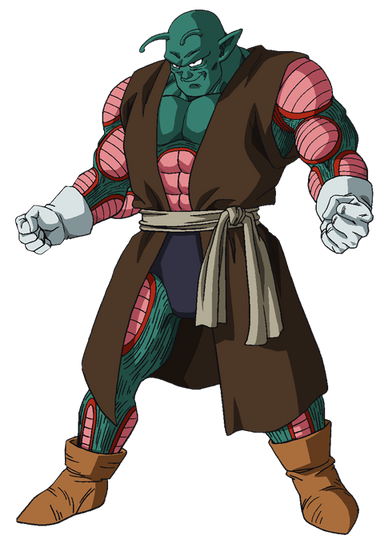 Pilina is one of the Namekians from Universe 6 who fought in the Tournament of Power alongside Saonel.

Attack Potency: Universe level (Battled Piccolo and Gohan with the help of Saonel and could match a Kamehameha from the latter)

Speed: Massively FTL+ (Kept up with Piccolo and Gohan)

Intelligence: Like Saonel, he is a skilled warrior that assimilated most of the Universe 6 Namekians in order to become stronger.

Weaknesses: Pilina can't survive in the vacuum of space, he can likely get weaker if low on Ki, and can die if his head is destroyed.