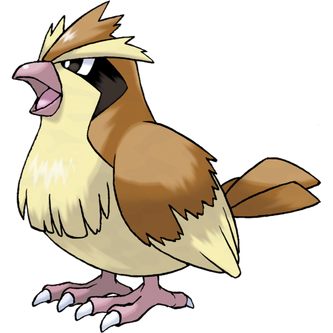 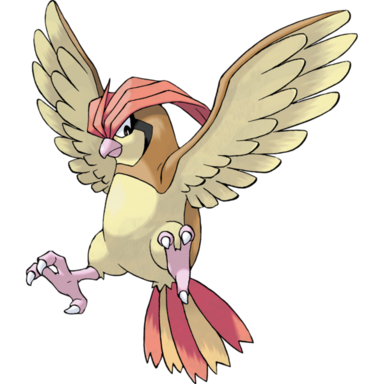 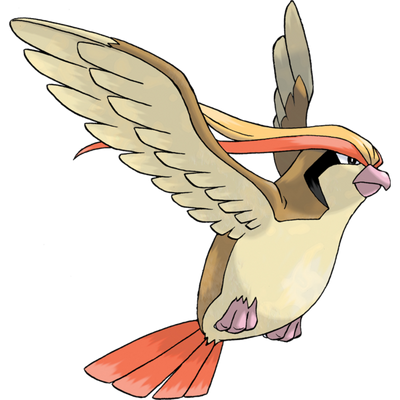 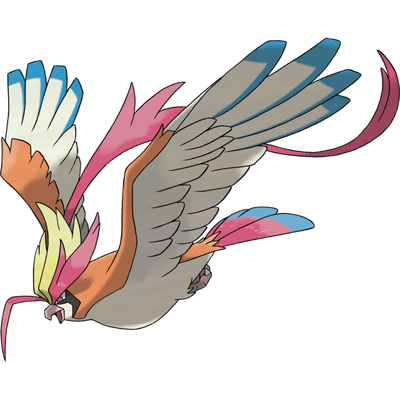 Pidgey is the first of the early grass bird final evolutions. It evolves starting at level 18 and evolves from Pidgeotto to Pidgeot at level 36.

Attack Potency: Multi-City Block level+ (Can fight other Pidgey. Can generate tornadoes with moves such as Whirlwind or Twister) | Large Town level (Via scaling to Dawn's Piplup, who is comparable to second-stage Pokémon) | At least Mountain level+ (Comparable to fully evolved Pokémon like Dugtrio) | Large Mountain level (Mega Evolution gives it a giant power boost, should be superior in power to the likes of Marowak with a Thick Club)

Speed: Massively Hypersonic+ (Can dodge electric attacks from Elekid, Electrike, or Magnemite) | Massively Hypersonic+ (Significantly faster than before) | Relativistic+ combat speed and reactions (Comparable to other Fully-Evolved Pokémon, such as Golem). | At least Relativistic+ combat speed and reactions (Much faster than before)

Intelligence: High. Pidgeotto can claim a territory of over 60 miles and can successfully defend this territory from any intruders. Very proficient in battle

Weaknesses: Electric, Rock, and Ice type attacks which comparatively do much more damage to it

See here for all of Pidgeot's moves.