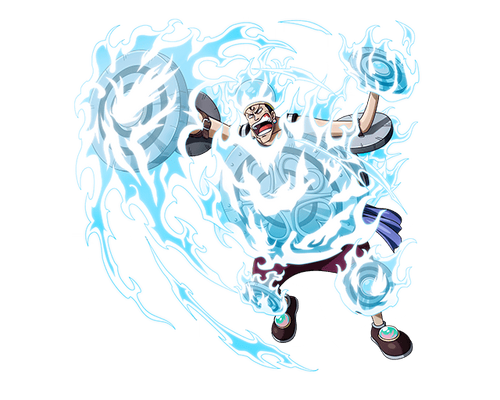 Stamina: High (Still fought Sanji, a very skilled martial artist while being on fire self induced by Pearl himself with no physical hinderances)

Standard Equipment: Iron Gauntlets and a large Iron Shield placed on his torso protecting him against most physical attacks

Weaknesses: He is extremely prideful and boastful. Upon seeing his own blood he enters the "Fire Pearl" mode and begins generating flames even at the risk of his nearby allies

Start a Discussion Discussions about Pearl (One Piece)