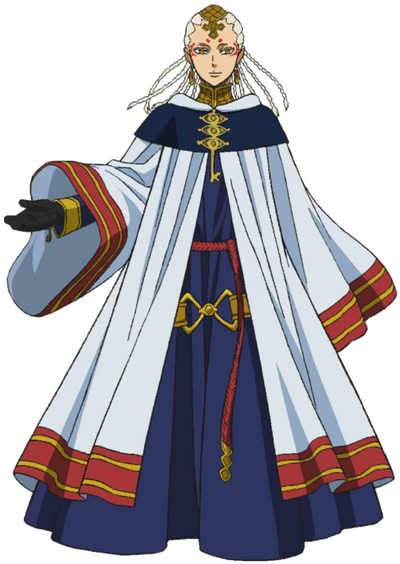 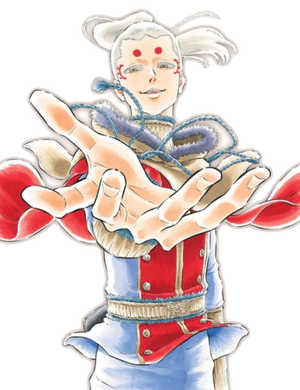 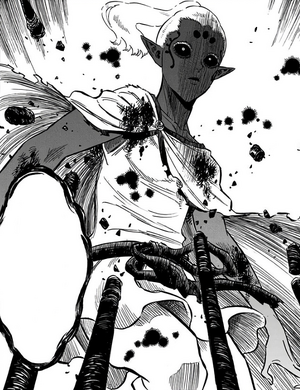 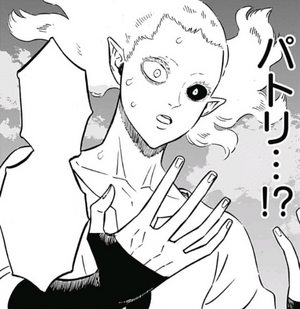 Patry「パトリ Patori」is a reincarnated elf and the leader of the Eye of the Midnight Sun. He inhabited the body of William Vangeance, the Captain of the Golden Dawn squad.

The day before his grimoire ceremony, the elves are betrayed and massacred by humans. Licht appears to casts a Reincarnation Magic spell on all of the other elves so they can inhabit a human body similar to them. 500 years later, Patry wakes up and finds he has been reincarnated into William Vangeance's body, a human who looks like Licht. He then planned to revive the other elves and destroy humanity, under the name of Licht.

Classification: Elf, Leader of the Eye of the Midnight Sun, Apostle of Sephirah

Powers and Abilities: Superhuman Physical Characteristics, Extrasensory Perception, Acrobatics, Aura (By releasing his mana, he can create an intense pressure in his surroundings), Blessed, Social Influencing (Can make people his servants by speech alone), Magic, Light Manipulation, Blessed, Supernatural Luck and Accelerated Development (Four Leaf Grimoire wielders are stated to wield "luck" and learn at faster pace. Patry eventually after having trouble was capable of hitting Julius), Weapon Creation, Skilled Swordsman and Whip user, Soul Manipulation with Reincarnation Magic (connected a soul to a collection of mana and inserts it into a living body), Danmaku, Flight, Teleportation, Memory Manipulation and Possession with the Evil Eye, Statistics Amplification and Healing, Can blind his opponents with light, Self-Destruction, Rage Power, Resistance to Heat Manipulation (Via Mana Skin) | Same as before | Same plus passive Forcefield Creation (His mana is so dense he can prevent spells with a small amount of Mana to hit him, let alone, be casted) | Same as before, Enhanced Rage Power, Unholy Manipulation (After his soul has been corrupted by the Word Devil, Patry is able to use Demon Light Magic which is a faster and corrupted version of Light Magic)

Stamina: Very high. As an elf and an Apostle of Sephirah, Patry possesses a huge amount of mana. He has a seal placed on his mana, and the built-up power is enough to kill all of the humans in the Clover Kingdom.

Intelligence: Above Average, likely Gifted. Patry is a very charismatic, intelligent person and a talented battle tactician figuring out his opponent's moves. Four-Leaf Grimoire wielders are stated to be fast-learners, and Patry is one.

Weaknesses: Power can become unstable in William's Body when too much mana is being released in a head-on fight against someone as equally/more powerful.

Light Magic: Patry uses this magic attribute to generate and manipulate light. He can use it to blind his opponents

Reincarnation Magic: Patry uses this form of magic to revive souls of the dead in bodies of the living. 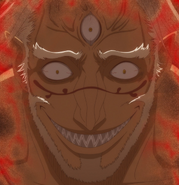 Dark Elf Form: After falling into despair, Patry transforms into a dark elf. Using this form vastly increases all of his abilities and grants him access to more malicious magic. 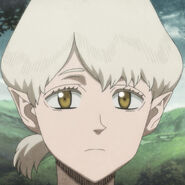 Patry as a child 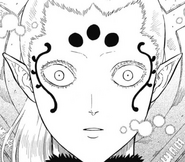