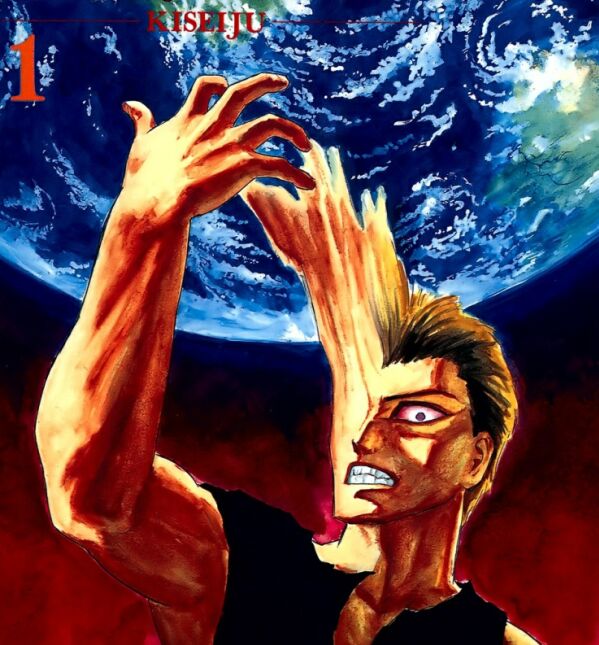 Parasyte (Japanese: 寄生獣 Hepburn: Kiseijū?, lit. "Parasitic Beasts") is a science fiction horror manga series written and illustrated by Hitoshi Iwaaki, and published in Kodansha's Afternoon magazine from 1988 to 1995. The manga was published in North America by first Tokyopop, then Del Rey, and finally Kodansha Comics USA. The manga is being adapted into two live-action films in Japan in 2014 and 2015. An anime television series adaptation started airing in 2014 and ended in spring 2015.

Parasyte centers on a 17-year-old teen named Shinichi Izumi, who lives with his mother and father in a quiet neighborhood in Tokyo. One night, worm-like creatures called Parasites appear on Earth, taking over the brains of human hosts by entering through their ears or noses. One Parasite attempts to crawl into Shinichi's ear while he sleeps, but fails as Shinichi is wearing headphones, and enters his body by burrowing into his arm instead. In the Japanese version, it takes over his right hand and is named Migi (ミギー?), after the Japanese word for 'right'; Tokyopop's version, in which the images are flipped horizontally, has the Parasite take over Shinichi's left hand and it is named Lefty.

Because Shinichi was able to prevent Migi from travelling further up into his brain, both beings retain their separate intellect and personality. As the duo encounter other Parasites, they capitalize on their strange situation and gradually form a strong bond, working together to survive. This gives them an edge in battling other Parasites who frequently attack the pair upon realization that Shinichi's human brain is still intact. Shinichi feels compelled to fight other Parasites, who devour humans as food, while enlisting Migi's help.

The Verse is not very strong, the Top Tiers are Wall Level with Subsonic combat speed. 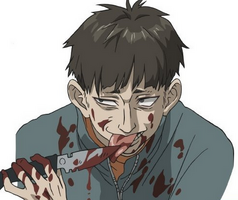