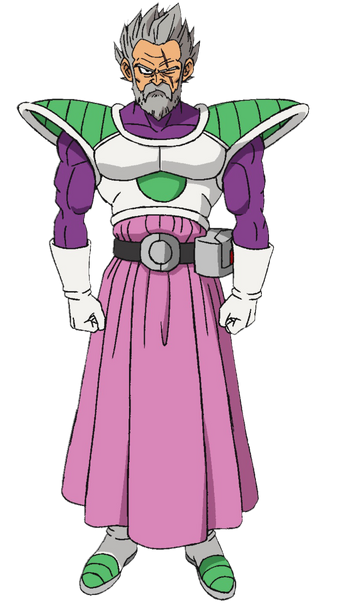 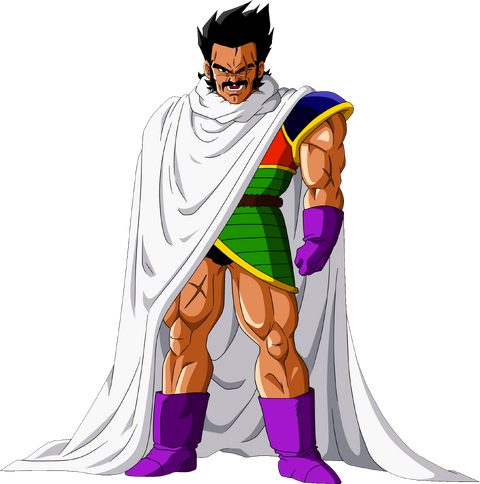 Paragus was an elite Saiyan and Broly's father. His son's extraordinary power and potential were discovered by King Vegeta. With the king fearing Broly's power, he exiled Broly to planet Vampa. Paragus followed his son and thus escaped the destruction of Planet Vegeta. He made a device to keep Broly's power in check, but later realized he could use Broly's power to take revenge on the king by killing his own son, Prince Vegeta.

Powers and Abilities: Superhuman Physical Characteristics, Martial Arts, Acrobatics, Enhanced Senses, Flight, Ki Manipulation (Can be used defensively and offensively, to strengthen his skin or to fire ki blasts, which can home in on targets, and form defensive barriers), Reactive Power Level, Transformation (Can transform into an Oozaru, increasing his capabilities drastically, and giving him Type 1 Large Size and Breath Attack), Resistance to Cold and Radiations | All previous abilities, Self-Sustenance (Type 1), Spaceflight, Mind Manipulation with ring, Resistance to Extreme Cold and Cosmic Radiations

Attack Potency: Likely Small Planet level (Even when old, weak and frail, his power level was much greater than Raditz and slightly higher than Nappa) | Dwarf Star level (Stated to be stronger than a heavily suppressed base form Broly)

Durability: Likely Small Planet Class | Dwarf Star level (Survived an attack from Anime King Vegeta, who can destroy a planet and two small planetoids with a single attack that was meant to execute him)

Stamina: High (even while old, weak and feeble, he was still somewhat superior to Nappa) | Unknown

Weaknesses: Paragus cannot survive in the vacuum of space (Canon only) and needs a moon in order to transform.

Retrieved from "https://vsbattles.fandom.com/wiki/Paragus_(Dragon_Ball)?oldid=6732692"
Community content is available under CC-BY-SA unless otherwise noted.