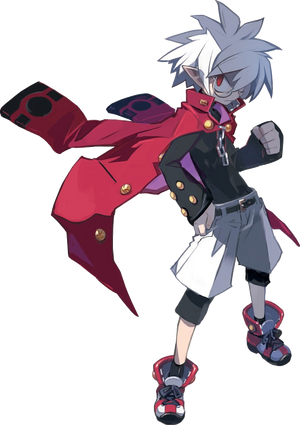 Mao is the main character of Disgaea 3, and the son of the overlord, and Dean of Evil Academy, who he wanted to kill after his father accidentally destroyed Mao's game console with over 3 million hours of worth of save data. But found out he was already killed by Super Hero Aurum, and now seeks to put his father to rest, and take over his father's role of Overlord, and Dean of Evil Academy.

Attack Potency: Solar System level, possibly higher (Should be stronger then Demons that can replicate Laharl feat of destroying ever star in the sky) | Galaxy level (Should be stronger then the Flora Beast who can do this, and those that can use Galaxy Comet) | Multiverse level+ (Was shown to tie Laharl in power) | Multiverse level+ (Was able to destroy the known universes when using his full power, and it was stated that no one could stop him, on top of being the most powerful overlord while in this state)

Stamina: Very High (Was able to fight Laharl until both where tired)

Intelligence: Extraordinary Genius (Mao is smart enough to make a Machine that can fuse people together, a starship, can perform surgery to turn people into cyborgs and was able to make a mass produced version of Desco)

Weaknesses: Mao is cocky when it comes to how strong he is | This version of Mao is in a berserk stats