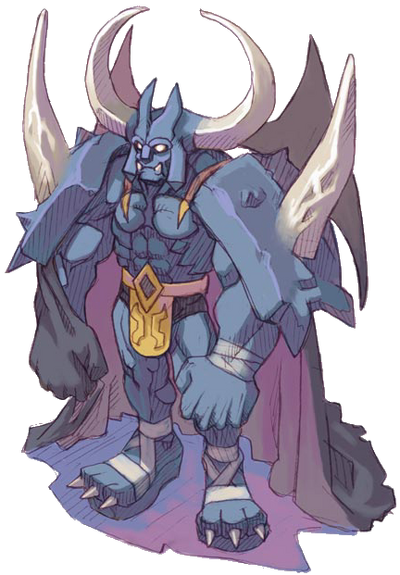 Overlord Baal is a recurring Superboss that showing up throughout the verse to challenge the characters of their respective game. Though in the verse Baal is a legendary demon that many think is a myth but in realty he is an aggregate of evil souls that jumps from body to body after the current one he is using is defeated in battle. He is also known to target other netherworlds for destruction which puts him into conflict with other overlords.

Attack Potency: Multiverse level+ (Baal has shown being able to take on Zetta in his tome state, Overlord Laharl, and ever defeated Larahl's Father King Krichevskoy)

Retrieved from "https://vsbattles.fandom.com/wiki/Overlord_Baal?oldid=5916309"
Community content is available under CC-BY-SA unless otherwise noted.