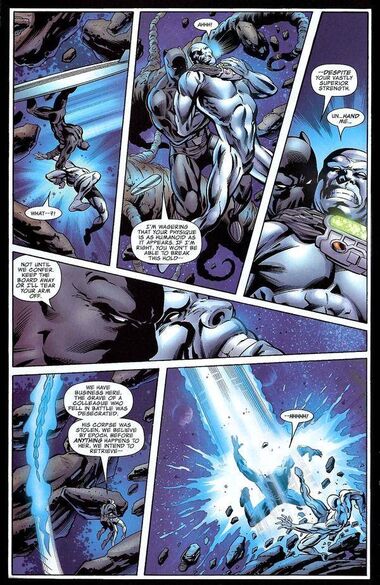 An Outlier is an event or incident that is considered to be completely and irreconcilably inconsistent with a character, entity, group, or series' normal displayed level of power. Outliers are generally regarded as unusable in some forums debates. However, all effort should be made to try to reconcile outliers with other canon information, and only the most extreme examples should be classed as completely unusable. Often there is disagreement on exactly what constitutes an outlier, and things that are considered an outlier by some might not be considered to be one by everyone. Careful judgement should be used in all cases.

It is common within fiction that the Powerscaling is extremely incoherent and often out of context with other reliable information. This can often make it extremely difficult to decide how to properly handle the scaling in question. Characters recurrently put a great amount of effort into attacks with much lesser destructive results than casual ones that they have performed on other occasions, and the same principle applies when avoiding projectiles or other speed feats.

Retrieved from "https://vsbattles.fandom.com/wiki/Outlier?oldid=6999623"
Community content is available under CC-BY-SA unless otherwise noted.