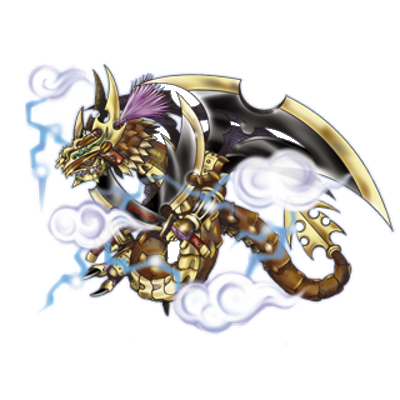 Ouryumon is an imaginary Digimon born from the "Daydream of a Digicore". It is a form that had even the Digicore's own creativity released through the Interface on its brow, and evolved. Possibly because it naturally possessed the ferocious combat data of the "Dragons" and "Generals" of Japanese myth within its Digicore, the form created by its Digicore is a "Warrior Dragon", clad in frightening, majestic Japanese armor and holding swords in both of its hands. The left-hand sword is the "Gairyū Sadaijin", and the right-hand sword is the "Gairyū Udaijin". The blades of the wings on its back are called the "Gaiba Daimeijin". 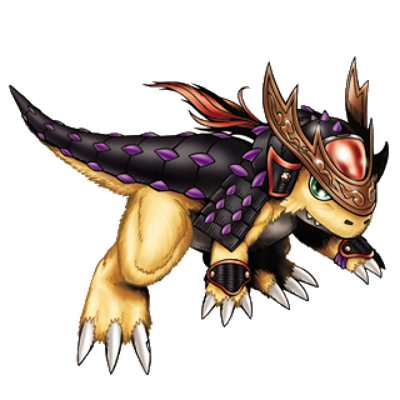 A Beast Digimon that, because it has an old-style Interface on its brow, is presumed to be an experimental "Prototype Digimon" from before Digimon were discovered. Although its body is clad in Japanese-style armor high in defensive ability, its movements are nimble, so it fights by resolutely leaping into the opponent's chest. It studies the business of combat so that it is strong enough to fight, and possesses Bushikatagi, with bravery and a soul that doesn't fear more powerful Digimon. The data that is said to have been hidden within the deepest parts of its Digicore, during an experiment, is the ferocious combat data of the "Dragons" and "Generals" of Japanese mythology, and it is said it has the potential to grow into a mighty Digimon. 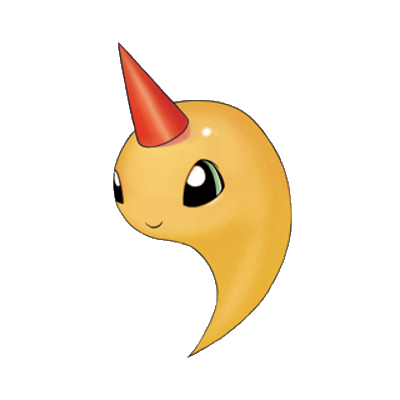 A Slime Digimon with an extremely light body that has floated through the air since it was born. When its life is threatened by an assault from a larger opponent, it will thrust at them with the horn on its head to intimidate them with all its might, but because the horn is very soft, the thrust will not injure the opponent. 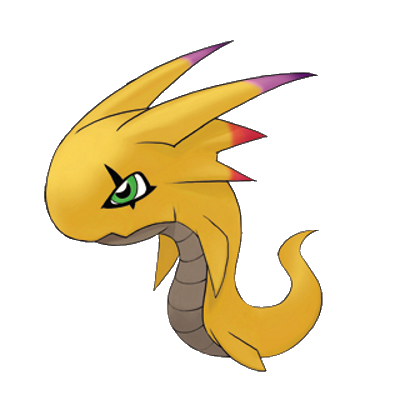 A Lesser Digimon whose body has grown long. If it gets angry it can stretch up to nearly nine times its normal length to attack the opponent, but because it only extends forward, the opponent usually avoids it completely. It has a light body like Fufumon, and floats lightly through the air, but it is able to move relatively nimbly by paddling the air with its hands and feet. 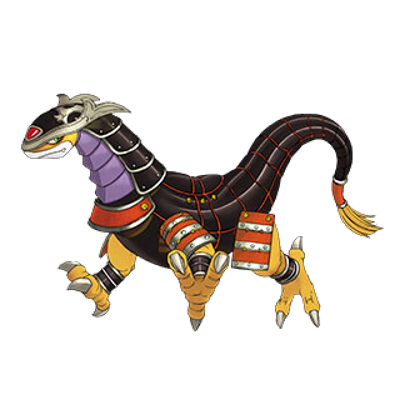 A beast dragon Digimon wearing solid Japanese armor throughout his body. Unlike how it looks, the body is lighter and it drifts gracefully in the air, fighting while trapping enemy attack with its very firm and smooth armor. 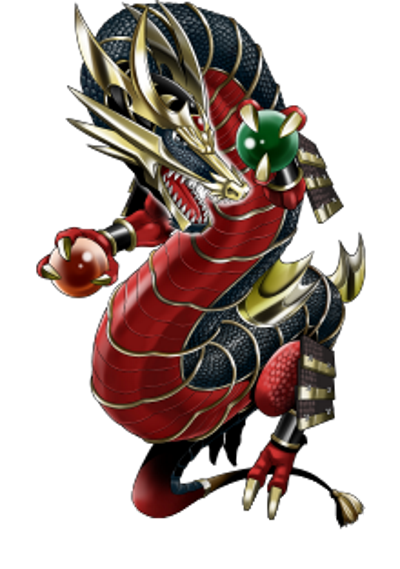 The fierce battle data of "Dragon" and "Warlords" in the Japanese myth that had been sleeping at the deepest part of the Digicore was unleashed by the forehead interface, dressed in heavy shining scales armor, A beast dragon type Digimon that runs round and round. Its mobility is high and can control most of the vast net airspace. It is intelligent and quiet like a God.

Superhuman Physical Characteristics, Metal Manipulation, Resistance to Existence Erasure (Those with the X-Antibody can resist multiple levels of Program X/Particle Worm which is a mass erasure technique from Yggdrasil. This technique is so powerful that it even threatens the likes of Beelzemon who needed to gain the X-Antibody to survive it) and Power Nullification (Can resist the effects of Particle Worm in which also negates all the abilities of those effected).

All previous abilities, Explosion Manipulation, Can pierce through physical defenses.

All previous abilities amplified, Can purify evil souls and cancel out their will to fight, Can force opponents to listen to his orders, Transformation (Can turn into a giant sword).

Intelligence: High. The Ryudamon line are seen as highly intelligent beings who are extremely skilled and powerful combatants. They are known for using devastating tactics in battle.

Retrieved from "https://vsbattles.fandom.com/wiki/Ouryumon?oldid=5913344"
Community content is available under CC-BY-SA unless otherwise noted.