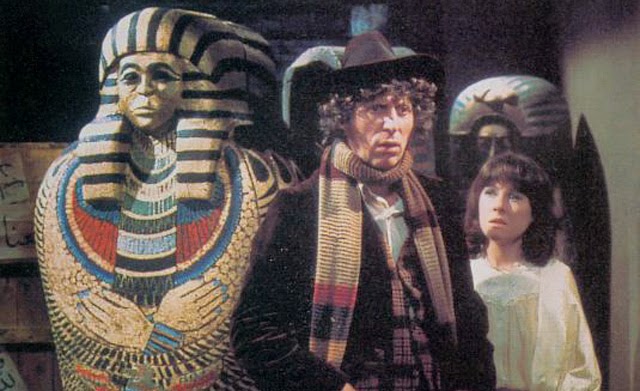 The Osirians were a super civilization composed of a godlike species that "civilized" countless other worlds with their own culture, including that of the ancient Egyptians, who in turn worshipped their significant members as gods.

Population: Unknown, at least thousands of actual Osirians as each Egyptian god worshipped was an Osirian, not including civilizations they held as puppets

Territory: The Throneworld, and an unknown but extremely high quantity of "civilized" alien worlds

Attack Potency: High Complex Multiverse level (The Osirians were an advanced civilization that viewed the time war as "petty squabble". The Osirians cut off their homeworld from linear time, moving it to a flow of time that not even the great houses could affect it. They were capable of destroying "Multiverses beyond". Sutekh the Destroyer was a former member of the Osirians)

Military Prowess: Very High, while they have never fought a true war with another civilization, they have crushed any that dared challenge them and have shown to be extremely powerful when fighting amongst themselves or with gods

Weaknesses: The Osirians are traditionalists and often fight amongst themselves

Retrieved from "https://vsbattles.fandom.com/wiki/Osirians?oldid=5670084"
Community content is available under CC-BY-SA unless otherwise noted.