VS Battles Wiki
Register
Don't have an account?
Sign In
in: Wonderful World, Fighting Game Characters, Female Characters,
and 9 more 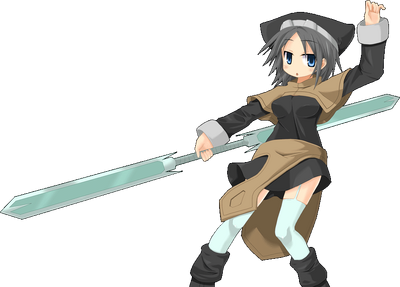 Orphe is a playable character of Wonderful World. A Bounty Hunter of Ainefir, Orphe is quiet & expressionless, but is friendly & comedic in nature. It's hard to know what she is thinking; her remarks are usually vague in nature. She like kids and trying to stroke her head is escaping with eerie expressionless expression. There are many requests for nominations, but likes and dislikes are intense. A Highly Ranked Bounty Hunter, Orphe is but one of the best. Her parents disappeared at a young age, forcing her to live off the streets. At one time, there were many entering Sword & Law school graduate school, while having been feeling empty all the time suddenly entered a bright and fun school life suddenly, a quirky personality has been completed. She later Synchronized with Neva Evault. Because the reason why the prize money was earned seemed interesting. She likes the request for investigation of ancient ruins in favor, and she often keep a pot with Alicephia who came to robbery. As a reward for ruin expeditions, she likes to take several non-dangerous items back with her. She sells these items at her shop "Fortune Circle," in Cornalia when she is home. She uses Magical Tools as a hobby and all of her money, besides the bare minimum for vital costs, go towards buying junk.

Intelligence: Extremely High (Is an expert strategist that chooses quests that suit her, is an expert with Lotus, and has enough money to share rice with Duna.)

Weaknesses: Has to deal with Duna's quirks, can sometimes get punished for using Guard Points (eg: Have a blade of hers stab herself.)

Feats: Orphe is an expert purchaser when it comes to Bounty Hunting. She is also a high ranking Hunter in general. She even wields a weapon whose concept was initially seen in Star Wars.