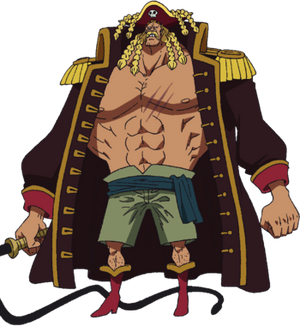 "Massacre Ruler" Orlumbus is an adventurer who joined as a gladiator at the Corrida Colosseum to compete for the Mera Mera no Mi. He is captain of the Yonta Maria Grand Fleet and commander of the 7th division of the Straw Hat Grand Fleet.

Standard Equipment: A Whip and his Yonta Maria Grand Fleet

Retrieved from "https://vsbattles.fandom.com/wiki/Orlumbus?oldid=5009999"
Community content is available under CC-BY-SA unless otherwise noted.