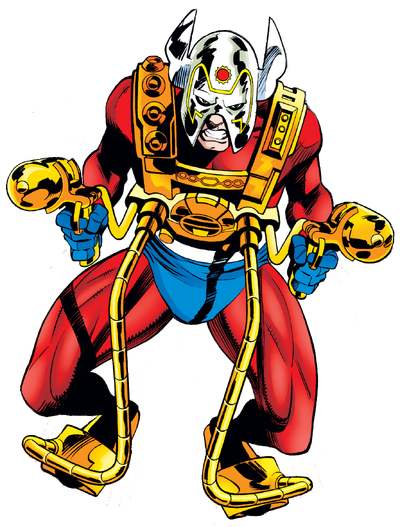 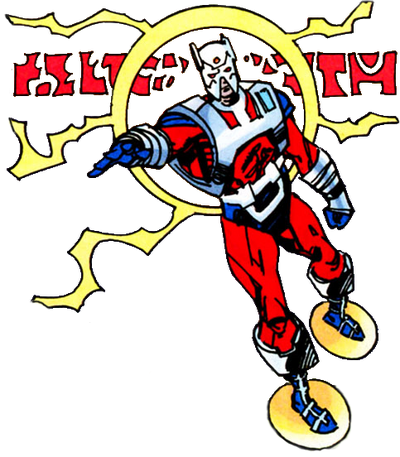 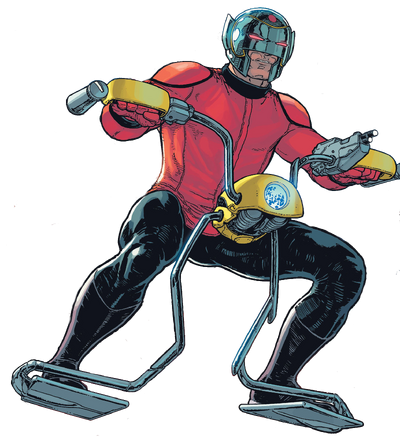 Orion, the Dog of War, is one of, if not the most powerful warriors of New Genesis, standing alongside Highfather and Darkseid as the strongest of the New Gods. From birth he was prophesied to kill Darkseid in final battle, and although they were both killed in the events preceding Final Crisis, it is unknown if that battle truly fulfilled the prophecy or not.

It was later clarified that Orion and the other New Gods are not simply alien beings from an extradimensional realm, they are living ideas from a higher, archetypal realm; every storyline except for Final Crisis simply deals with emanations of the higher-dimensional deities touching the lower-dimensional multiverse. During the events of Final Crisis, Orion's Godhead was "shattered like light through a prism in an infinite number of deaths", and the Post-Flashpoint Orion is one of those fragments.

All abilities granted by his Mother Box, plus Superhuman Physical Characteristics, Genius Intelligence, Martial Arts (The finest warrior of New Genesis; Used superior skill to stomp Kalibak despite their equal physical strength), Enhanced Senses (Can maneuver perfectly well without eyes by using his other senses and Mother Box), Immortality (Type 1; Type 9 - the true Orion exists in a higher-dimensional plane), Self-Sustenance (Type 1), Flight, Regeneration (Mid on his own - Possesses a healing factor that quickly healed a damaged brain and organs; High using Mother Box), Gravity Manipulation and Energy Manipulation (The Astro-Force controls the fundamental forces), Energy Projection (Can channel the Astro-Force into both omnidirectional and focused blasts; Can also fire blasts from his hands without the Astro-Harness), Danmaku (Can fire barrages of smaller Astro-Force blasts), Forcefield Creation (Made a shield against Kalibak's beam), Attack Reflection (Can reflect energy attacks with a shield of Astro-Force), Deconstruction (Disintegrated Slig by removing the binding force between his atoms), Aura (Can enhance his physical attacks by cloaking himself in energy), Magnetism Manipulation (Can telekinetically move massive objects by using Astro-Force to create a magna-lock), Summoning (Can instantly summon his Mother Box as well as his dog Sturmer), Spatial Manipulation (Contained the Oblivion Bomb which would have instantly collapsed all of space itself into a massive black hole; Sealed tears in reality), Time Travel (Stated that any god can easily move through time), Limited Reality Warping (Used the Astro-Force to reverse the reality warping caused by Darkseid's attack on the Source), Reactive Evolution (Adjusted to the Anti-Life fragment's energy used by Darkseid so that it no longer effected him), Instinctive Reaction (Defeated a squad of soldiers while unconscious, moving via instinct), Astral Projection (Can project his face across the sky), Body Control (Can grow claws when accessing his true power)

All previous abilities to a much greater degree, plus Abstract Existence (Type 1 - New Gods are living ideas from a platonic, archetypal world), Self-Sustenance (Type 3), Non-Corporeal, Higher-Dimensional Existence, Large Size (Type 10 - Comparable in size to Godhead Darkseid, who was large enough to fall over the entire multiverse)

Attack Potency: Solar System level normally (Comparable to Post-Crisis Superman), Multiverse level at full power (Killed Darkseid when they fought in the Source. A weaker clone of Orion was able to put up a fight against the weakened Darkseid in the 30th century, who was far more powerful than the likes of Mordru), Low Complex Multiverse level with the Anti-Life Equation (Absorbed the entire Anti-Life Equation and used it to defeat Ecruos, an enemy of the Source capable of destroying the World Tree, one of the foundations of Creation itself) | Solar System level (The shockwaves of his clash with an Nth Metal Golem destroyed a star system) | Low Complex Multiverse level (Wounded Godhead Darkseid beyond repair)

Stamina: Extremely High (Can fight for long periods, even in realms like the Source where the concept of time ceases to have meaning) | High (Fought for a long period of time against a horde of Darkstars without tiring) | Infinite (Non-corporeal abstract being)

Range: Universal (Contained the Oblivion Bomb after it had already begun acting throughout all of space) | Interplanetary (Destroyed a star system with an Nth Metal Golem) | Low Complex Multiversal (via scaling from Godhead Darkseid)

Intelligence: Supergenius (Even without his divinity to help him, Orion was able to build the Genesis Box, a device capable of destroying and remaking the universe without Darkseid's taint. As a god of battle, Orion has stated there is very little about war and weaponry he doesn't know, using his knowledge to easily outsmart an immortal with centuries of experience in manipulating and planning)

Standard Equipment: Mother Box, Astro-Harness and wristbands | A4 (the Post-Flashpoint version of the Astro-Harness, now sentient and capable of communicating with Orion similarly to a Mother Box)

Weaknesses: Orion is vulnerable to radion, a lethal substance to New Gods. It should be noted, however, that Pre-Flashpoint Orion wasn't even knocked unconscious by multiple radion stingers, and Godhead Orion was presumably weakened from fighting Darkseid when he was shot with the radion bullet.

Orion loses the Astro-Force, as well as his Mother Box, when he abandons hope.

Source of the Beast: Orion's true power comes out when he loses restraint and succumbs to the darkness and rage within him. This is seen when he suddenly became able to defeat Mantis without difficulty, despite fighting evenly against him moments before. Orion is capable of accessing it at will but constantly restrains himself because of his inner conflict about his heritage.

Astro-Force: Also known as the "Wrath of the Source", the Astro-Force is a nearly infinite source of energy that Orion alone is capable of wielding. He almost always accesses it either through his harness or wristbands, but it was later revealed that both are actually made of pure Astro-Force and cannot be destroyed, being part of the Source.

Anti-Life Equation: Orion absorbed the full Anti-Life Equation from Darkseid's Bates clones, granting him an incredible boost in power as well as the ability to completely dominate the minds of those who hear his voice. He later lost the Equation after using its entire power to defeat Ecruos, an enemy of the Source.

None notable. Orion's Post-Flashpoint Emanation has not demonstrated any of the versatility that his Pre-Flashpoint emanation did, and is seemingly limited to energy projection, boom tubes, and the abilities granted by Mother Box.

As all instances of Orion seen in lower-dimensional realms are infinitesimally small parts of Orion's true being, it stands to reason that Godhead Orion possesses all of the abilities demonstrated by them but to a much greater degree. 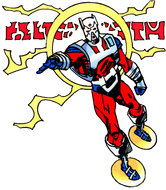 Orion with the Anti-Life Equation 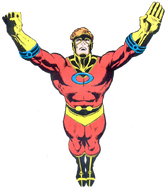 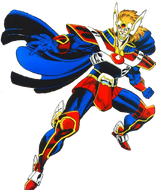